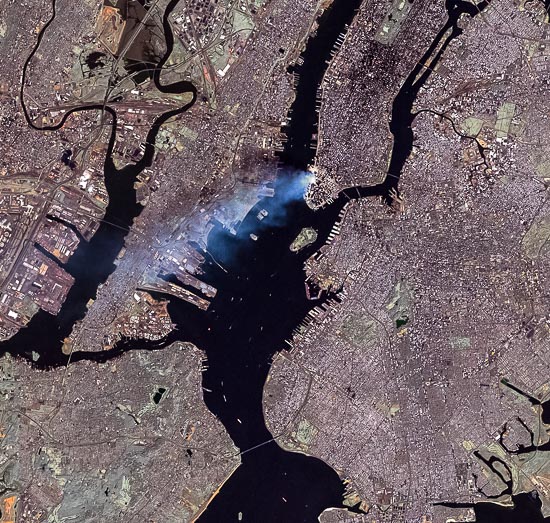 I guess I thought they were all gone, those types of monsters, stranded on reels of black and white film.

A time bomb from the Middle Ages. Roger Simon explains how 9/11 altered his worldview and many of his relationships

An attack, not a disaster or a tragedy. George Savage explains why the persistent use of terms like “tragedy” by the media acts to obfuscate the true nature of the 9/11 attacks. Much more on this from Mark Steyn

The Diplomad posts a speech he gave on 9/14/01, when he was charge d’affaires at a U.S. embassy.  You will not hear speeches like that being given by diplomats under the administration of Barack Obama.

This year, we must remember not only the atrocity that took place on 9/11/01–and the many acts of heroism that followed in its wake–but also the murders that took place in Benghazi on 9/11/12, and the actions of weakness, incompetence, dishonesty, and malice that have surrounded them. Specifically, we should remember that the responsible executive, Hillary Clinton, failed to provide adequate security for the embassy, and then denied responsibility on grounds that she had not personally seen the cables that had been sent by embassy staff and the responses that had been sent out in her name. We should remember that the Obama administration–including, specifically, Hillary Clinton and Susan Rice–systematically denied that the attack had anything to do with pre-planned terrorism and instead to blame it on an American citizen who had been exercising–however tackily–his free speech rights. We should remember that the Commander-in-Chief, Barack Obama, failed to provide effective leadership in sending assistance to the embassy staff under attack. We should be aware that the Obama administration continues to stonewall on providing comprehensive information to Congress about the events of that day, and that it has attempted to intimidate officials who have shown a willingness to share information with the people’s elected representatives.

The Benghazi debacle reminds me of something in the memoirs of General Edward Spears, who was Churchill’s emissary to France in 1940. There was a disturbing amount of defeatism, and in some cases actual sympathy with the Nazi enemy, among certain government officials and other French elites. Weygand’s friend Henri de Kerillis, a Deputy and newpaper editor, had been consistently pressing Prime Minister Daladier to investigate some sinister behavior by members of the extreme Right.

“Il faut de’brider l’abces,” he had said time and time again to the Premier. He had done so again lately and received this strange answer: I have done exactly what you urged, I have opened the abscess, but it was so deep the scalpel disappeared down it, and had I gone on, my arm would have followed.” This was really very frightening, and I said so. “You cannot be more frightened than I am,” said Kerillis.

I feel sure that we are going to find that the abscess revealed by the Obama administration’s behavior re Benghazi goes very deep indeed.