The growth of the terrorist state ISIS has taken all the attention lately. This is just a resurgence of al Qeada in the vacuum left by Obama’s withdrawal of all US troops. Maybe, if we had kept a significant force in Iraq, something could be saved of all we bought at such terrible cost. Now, it is too late.

We do have allies worth helping but they are not in the Iraqi government. It is Shia dominated and dependent on Iran for support. They have alienated the Sunnis and the growth of ISIS is the result. We still have the Kurds as allies and they know we were their only hope in 1993. Jay Garner did a great job working with them once we decided to protect them after the First Gulf War. I have never understood why he was dismissed by George W Bush.

The Kurds have been an embarrassment for us for decades in the middle east because they occupy parts of three nations, two of which were at one time our allies. 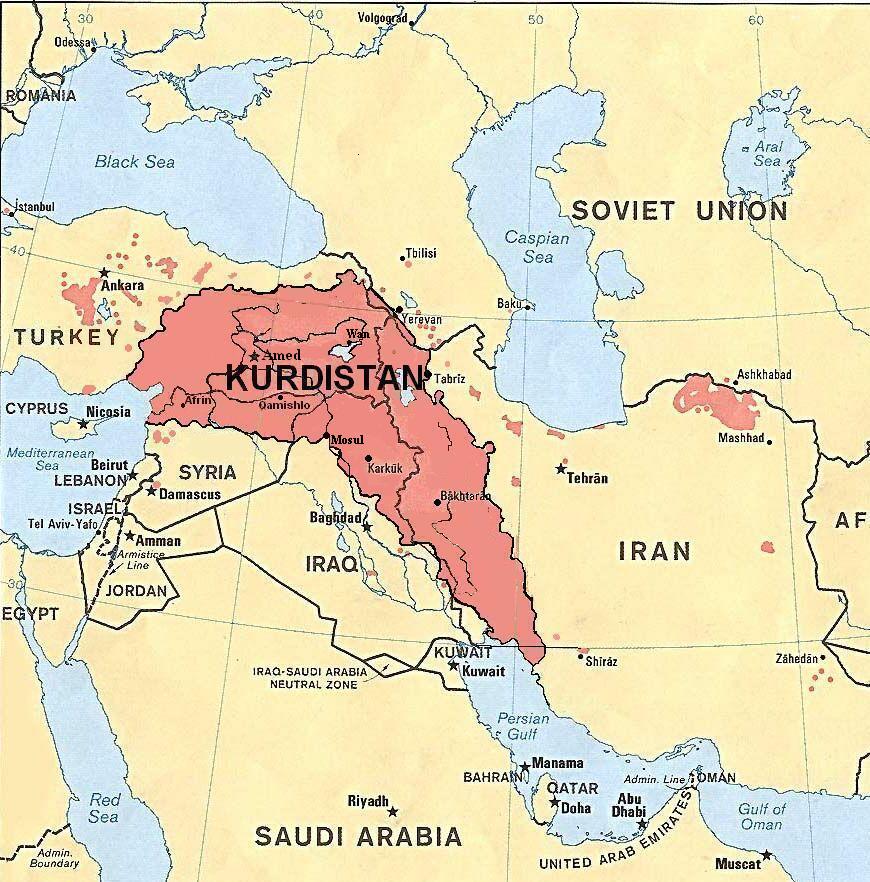 Kurdistan includes parts of Iraq, Turkey and Iran. They have never had a modern nation and the neighbors are enemies. Only the mountains have protected them. Now, it is time we did something. Iran is certainly no friend. Iraq has dissolved and it is time to allow it to be broken up into the Sunni, Shia and Kurdish provinces it should be. Turkey is increasingly Islamist and has not been an ally at least since 2003 when they blocked our 4th Infantry Division from invading Iraq from the north.

The 4th was initially ordered to deploy in January 2003 before the war began, but did not arrive in Kuwait until late March. The delay was caused by the inability of the United States and Turkey to reach an agreement over using Turkish military bases to gain access to northern Iraq, where the division was originally planned to be located. Units from the division began crossing into Iraq on April 12, 2003.

The Kurds know this is their opportunity and Dexter Filkins’ piece in the New Yorker makes this clear.

The incursion of ISIS presents the Kurds with both opportunity and risk. In June, the ISIS army swept out of the Syrian desert and into Mosul, Iraq’s second-largest city. As the Islamist forces took control, Iraqi Army soldiers fled, setting off a military collapse through the region. The Kurds, taking advantage of the chaos, seized huge tracts of territory that had been claimed by both Kurdistan and the government in Baghdad. With the newly acquired land, the political climate for independence seemed promising. The region was also finding new economic strength; vast reserves of oil have been discovered there in the past decade. In July, President Barzani asked the Kurdish parliament to begin preparations for a vote on self-rule. “The time has come to decide our fate, and we should not wait for other people to decide it for us,” Barzani said.

The Kurds were surprised and routed by ISIS mostly due to limited weapons and ammunition. We could supply the deficit but Obama seems to be oblivious to the true situation. The Iraqi Army will not fight, a characteristic of all Arab armies. To the degree that the Iraqi army is Shia led, the Sunni Arabs will not cooperate or will join the enemy.

The present situation in Kurdistan is desperate.

Erbil has changed a lot since I was there last. In early 2013, on my way into Syrian Kurdistan, I had stopped off in the city for a few days to make preparations. Then, the city had the feel of a boom town – shopping malls springing up across the skyline, brand new SUVs on the road, Exxon Mobil and Total were coming to town. It was the safest part of Iraq, an official of the Kurdish Regional Government had told me proudly over dinner in a garden restaurant.

What a difference a year makes. Now, Erbil is a city under siege. The closest lines of the Islamic State (IS) forces are 45 kilometers away. At the distant frontlines, IS (formerly ISIS) is dug in, its vehicles visible, waiting and glowering in the desert heat. The Kurdish Peshmerga forces are a few hundred meters away in positions hastily cut out of the sand to face the advancing jihadi fighters.

The problem and a solution are both clear. Obama is not serious about doing anything in Iraq or Syria and the Kurds may have to fend for themselves. Interesting enough, there are Jewish Kurds. Israel may have more at stake here than we do.

The phrase “Kurds have no friends but the mountains” was coined by Mullah Mustafa Barzani, the great and undisputed leader of the Kurdish people who fought all his life for Kurdish independence, and who was the first leader of the Kurdish autonomous region. His son, Massoud Barzani, is the current president of Iraqi Kurdistan. Other family members hold key positions in the government. 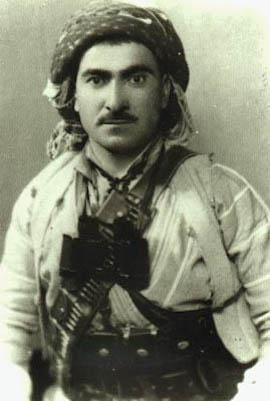 Perhaps the Israelis and Kurds can work out an alliance. The US, under Obama, is untrustworthy. We will see what happens.

The Yazidi minority we hear about in the news is not the only Kurdish minority. The Jews of Kurdistan, for example, maintained the traditions of ancient Judaism from the days of the Babylonian exile and the First Temple: they carried on the tradition of teaching the Oral Torah, and Aramaic remained the principal tongue of some in the Jewish Kurdish community since the Talmudic period. They preserved the legacy of the last prophets — whose grave markers constituted a significant part of community life — including the tomb of the prophet Jonah in Mosul, the prophet Nahum in Elkosh and the prophet Daniel in Kirkuk. When the vast majority of Kurdish Jews immigrated to Israel and adopted Hebrew as their first language, Aramaic ceased to exist as a living, spoken language. Although our grandparents’ generation still speaks it, along with a few Christian communities in Kurdistan, Aramaic has been declared a dead language by the academic world.

Israel might be an answer to the Kurds’ dilemma. I don’t think we are, except for supplying materials which we should have been doing all along.

21 thoughts on “The Kurds and the Israelis are our only allies in the middle east.”