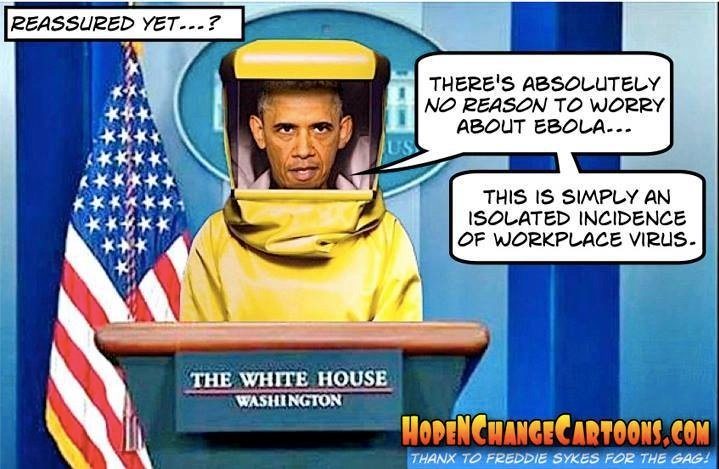 The early information of the Ebola patients in Dallas seems to suggest that competence has not been high on the list of priorities. First, the patent seems to have known about his illness before he got on the plane to the US. He lied to the authorities in Liberia but that is not that unusual. All it takes is ibuprofen to evade the screening at the airport.

Second the treatment of the relatives Has finally become humane after days of cruel treatment including quarantine in a contaminated apartment.

The initial treatment was not a model of infectious disease protocol. Why he was sent home with a GI illness and a history of travel to Liberia is still not explained. My medical students are all told to take a history of travel with any GI illness symptom. It’s not clear who he saw but many ERs use Nurse practitioners or PAs to see ER patients.

He is not doing well and he seems to be declining. We will see how he does but his relatives are still in serious trouble. We are still in trouble.

A CDC official said the agency realized that many hospitals remain confused and unsure about how they are supposed to react when a suspected patient shows up. The agency sent additional guidance to health-care facilities around the country this week, just as it has numerous times in recent months, on everything from training personnel to spot the symptoms of Ebola to using protective gear.

This is only the first case.

Ebola can transmit through people’s skin. It’s not enough to keep your hands away from your nose and mouth. If someone’s infected blood, vomit, fecal matter, semen, spit, or sweat just touches you, you can become infected. Even picking up a stained sheet can pass the infection. Additionally, scientists do not know how long the virus will survive on a surface once it’s become dehydrated. The current guess is that Ebola, unlike other viruses, can survive for quite a while away from its original host.

Oh oh. This explains the infection of hospital workers in Nigeria from urine.

The good news, if any, is this:

If patients get Western medicine that treats the symptoms — drugs to reduce fever and to control vomiting and diarrhea, proper treatment if the body goes into shock, and blood transfusions — the mortality rate is “only” 25% — which is still high, but is significantly lower than the 70%-90% morality in Africa, where patients get little to no treatment.

I will update this as news becomes available.

Now we have a possible case #2

A patient with Ebola-like symptoms is being treated at Howard University Hospital in Washington, D.C., a hospital spokesperson confirmed late Friday morning.

The patient had traveled to Nigeria recently.

That person has been admitted to the hospital in stable condition, and is being isolated. The medical team is working with the CDC and other authorities to monitor the patient’s condition.

“In an abundance of caution, we have activated the appropriate infection control protocols, including isolating the patient,” said hospital spokesperson Kerry-Ann Hamilton in a statement. “Our medical team continues to evaluate and monitor progress in close collaboration with the CDC and the Department of Health.”

No final word yet. Then, of course, we have the NBC case.

Thursday, news broke that a freelance NBC cameraman covering the outbreak in Monrovia, Liberia had tested positive for Ebola after experiencing symptoms of the disease.

The cameraman, Ashoka Mukpo, had been working with chief medical correspondent Dr. Nancy Snyderman. NBC News is flying Mukpo and the entire team back to the U.S. so Mukpo can be treated and the team can be quarantined for 21 days.