The game “Doom” came out for PCs in the early 1990s. Playing that game was a formative experience for me and its contribution to computers and gaming is very under-rated.


I recently picked up a copy of the game on my iPad. I immediately was re-immersed in the game, remembering the maps, the monsters, the tactics, and sweating and jerking in my chair as I tried to get through the levels alive. Doom was created by Id Software, and it was one of the most successful “first person” shooters. To some extent they invented the genre; their first game was Castle Wolfenstein which was a remake (far superior) of a top-down view game that I used to play on my old Apple II. That (ancient) game was famous for having the characters’ talk – I remember that they would yell “Schweindhund” when you shot the German guards.


Doom was innovative because it was the first major successful computer game that allowed for real-time multiplayers. A few of use were in a utility in Wisconsin and after all the employees cleared out at night three or four of us would log in at the same time we could play simultaneously. At the time this was completely revolutionary – you could see the other players and collaborate with them or “frag” them which of course caused a lot of yelling. We used this to test out network connectivity and performance, as well.


After playing I remember walking through the darkened halls and I was disorientated from staring at the screen and reacting to the various demons and monsters. You kind of jumped when you saw the maintenance man or anyone else that crossed your path. This sort of immersive experience at the time was also revolutionary – you didn’t get that from non-first person shooters.


The game also had an “open” format. At the time open source software was mostly unknown to the general public; you bought (or stole) software that someone or a company had created, took it off a disk (first a 5 1/4 floppy, then a 3 1/2 floppy, then a CD, and of course now it’s just the ol’ intertubes). It was called a “WAD” file and you loaded it and you could also load up maps created by third parties or hack it yourself. Other software was typically secured or encrypted (although this was usually easily bypassed) but the fact that it wasn’t secured and they welcomed changes seemed out of the world at the time.


The game play was remarkably sophisticated; the monsters and demons reacted to your movements and the sound of your weapons; you could even cause the monsters to fight each other if you aligned their fire correctly and this was a great way to cull them down without expending any ammo or risking your own (virtual) life. This is all from a 20+ year old software application which is amazing in retrospect. 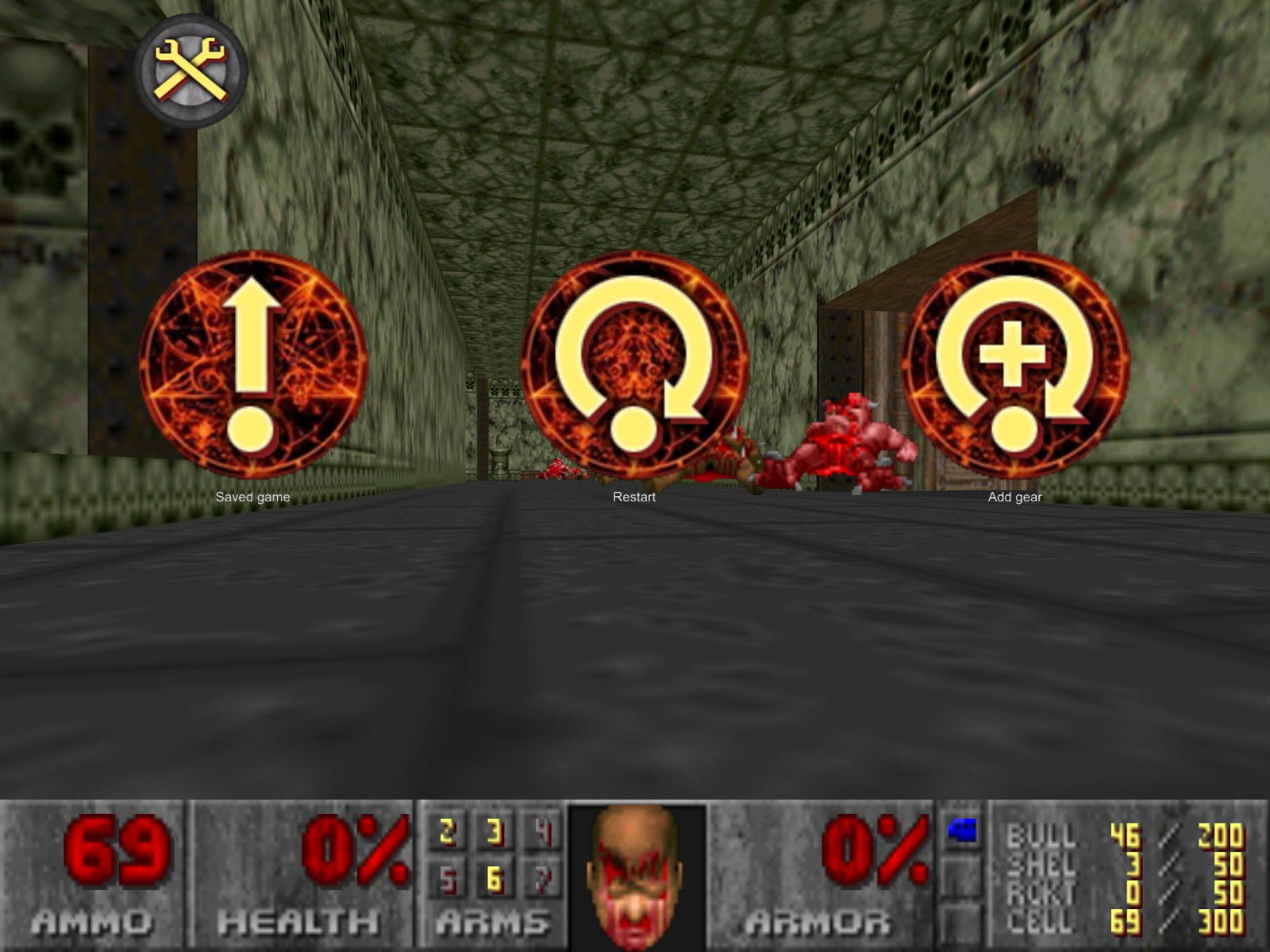 However, even today my Doom experience usually ends up with a bloody death as you can see in the photo above. I really don’t have the time to dedicate to a game like this and I don’t find it relaxing at all; after playing it I am jittery and exhausted like I’ve drunk a big cup of Starbucks coffee. And while I am trying to wind down and sleep I can see the corridors in my mind and the colors in my dreams and it’s unpleasant. Time to delete it off my old iPad… but it brought up a lot of great memories while it lasted.

7 thoughts on “The Game “Doom” and Its Historical Importance”