I recently visited this restaurant in Key Largo and recommend it.

The restaurant is decorated with odd nautical paraphernalia. One of the prominent exhibits looked familiar. It turned out to be the Sara G that was rowed almost all of the way across the Atlantic in the ill-fated Atlantic Odyssey challenge of 2012.

Apparently the restaurant’s owner also owns a prominent local boat-towing service and recovered the Sarah G from the ocean where it was floating upside-down and a hazard to other boats. The waitress showed us some marks on the hull that she said were bullet holes from where the Coast Guard had tried unsuccessfully to sink the Sarah G, but I don’t know if that’s really what happened. As you can see from the photos, the boat looks about like what you would expect from something that was immersed in salt water for a while. Not quite the wreck of the Titanic but interesting to see nonetheless. 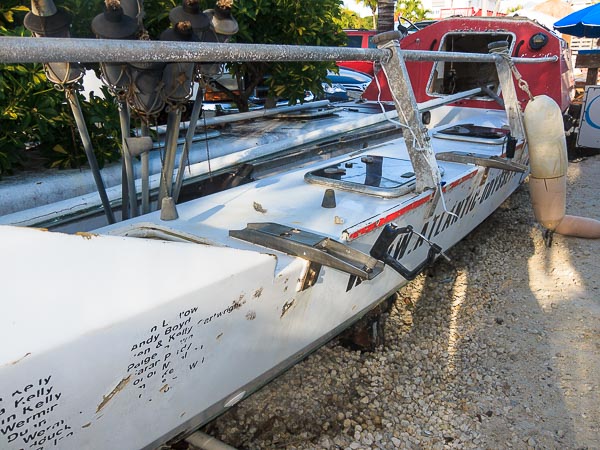 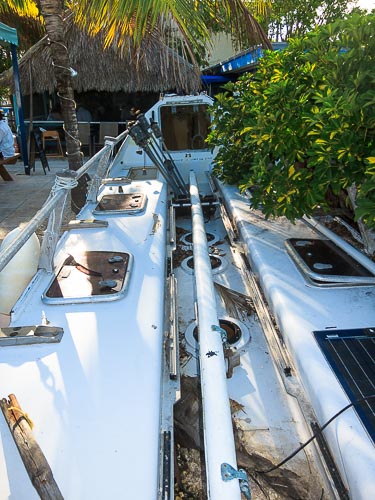 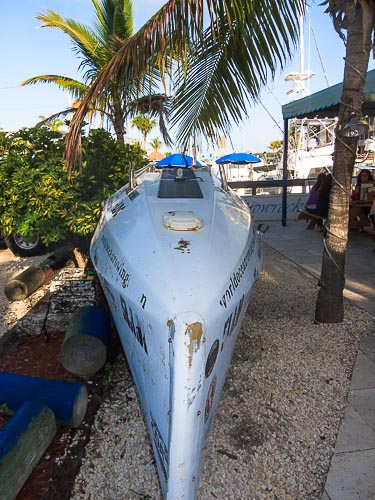 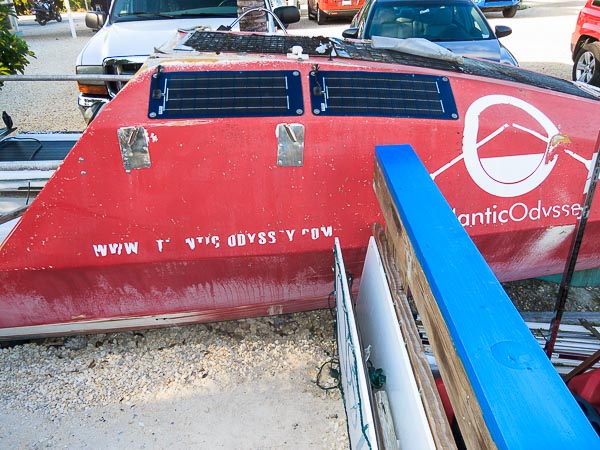 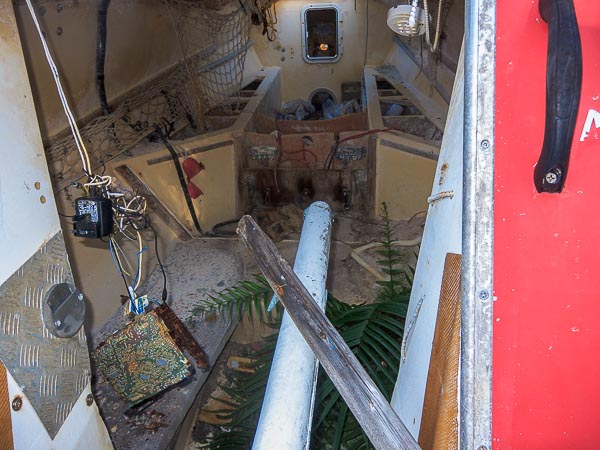 6 thoughts on “The Wreck of the Sara G”