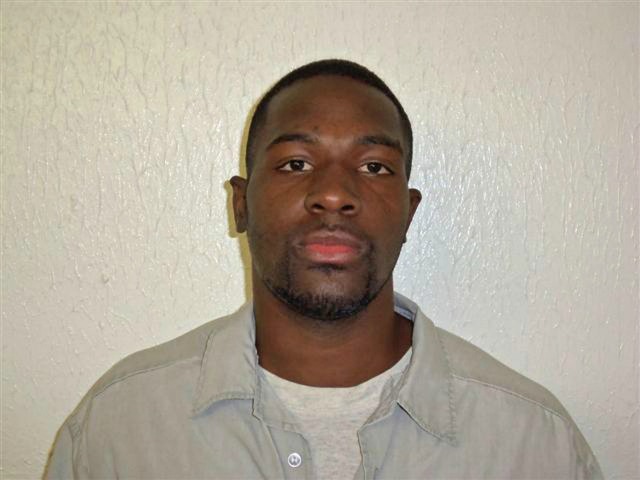 I swear I am not trying to be the Cassandra of this blog but some things just jump out at me. A Richard Fernandez column today did that as it agreed with a post of mine on my own blog from several days ago.

A significant number of Somali immigrants’ children have traveled to the middle east as jihadis.

ISIS has been luring thousands of Westerners to the battlefields of Syria and Iraq. The number of Americans who have traveled to Syria is still relatively small — in the neighborhood of 150 people — and a thin slice of that group, perhaps as many as two dozen Americans, are thought to have joined ISIS.

In the discussions at the White House this week, one city has focused minds: Minneapolis-St Paul. It had been ground zero for terrorist recruiters in the past, and is fast becoming the center of ISIS’ recruitment effort in the United States.

This is a growing problem with the emergence of “lone wolf” attacks by jihadis.

The young man pictured above is one of many young black men, many recruited in prison, who have committed these actions.

Over the weekend, the FBI announced that it would treat Islamist Alton Nolan’s alleged beheading of Colleen Hufford, 54, as a case of workplace violence. That despite the fact that Nolan’s Facebook page contains a picture of Nolan giving the ISIS salute, multiple pictures of Osama Bin Laden, a screenshot of the 9/11 attack on the World Trade Center, and a quote reading, “I will instill terror into the hearts of the unbelievers: smile ye above their necks and smite all their fingertips off them.”

Then, of course, we have another example of “workplace violence” courtesy of Major Hasan.

Nidal Hasan, the convicted shooter in the Fort Hood attack that left 13 dead and more than 30 injured, has written a letter to the head of the Islamic State, requesting to become a “citizen” of the terrorist organization.

A small town in Norway has seen some troubling developments.

Why it is that certain towns, and even small areas within them, generate a disproportionate number of jihadists?

It “is a big puzzle,” said Jon Fitje Hoffman, director of strategic analysis at Norway’s domestic intelligence agency, the Police Security Service, known as PST. It is also one that has flummoxed security services from Denmark to Germany to France.

In interviews, the families of those who traveled to Syria, other residents and local officials described an unsettling and relatively sudden turn for a clutch of youths, apparently impressed by the example of a popular local soccer player, Abdullah Chaib. Beneath an alluring image as a personable and handsome local hero, he harbored a deep commitment to jihad and was among the first to go.

Aside from living just a short walk from one another, all those who followed from Fredrikstad had little in common, coming from different ethnic, socio-economic and even religious backgrounds.

Some of them were not even Muslim but converted. What is going on?

Mr. Foss, the local police officer, said he first noticed Prophet’s Umma when a Fredrikstad mother filed a complaint that activists from the group were pestering her mentally disturbed son, trying to persuade him to go to Syria. He did not go and is now in a mental hospital.

Those who did go, he added, had shown no previous interest in Islam. “None of them ever even mentioned religion when we knew them,” said Mr. Foss, sitting in an office piled with confiscated water pipes and other drug paraphernalia.

“The only thing they had in common is that they did not function in society,” he added. “But they wanted to be able to do something, to be good at something.” Radical Islam, he said, “offers a whole package.”

“It is ready and all you have to do is accept it,” Mr. Foss said.

Interesting too were the differences in motivations by place origin, ISIS fighters from the MENA region came mostly for status (22%) or thrill (22%), while Western recruits came to address a profound sense of alienation. Sixty two percent came to find their “identity”. This makes sense, the fighters from the region were poor, rootless men; “soldiers of fortune” as it were. By contrast, the Westerners were more affluent youths looking to find themselves, have lost their identity somewhere in the Western schooling system, where they were waiting one supposes for another to be issued to them, only to find a blank stare.

Out of place and searching for purpose, Mr. Hammer and his friends did so with gusto. He converted to Islam — after being raised Roman Catholic — and changed his first name from Torleif to Abdul.

Add this to the history of prison recruitment and radicalization and we have a serious problem, especially among young black men already alienated from society.

The statistics are staggering, and woefully out of date. One out of three African-American inmates in U.S. prisons convert to Islam while incarcerated.

This statistic is no longer limited to African-Americans in prison. The Huffington Post reported an estimated 35,000 – 40,000 inmates convert to Islam each year, and that 15 percent of the total U.S. prison population or 350,000 inmates are Muslim.

Much of this is going on at taxpayer expense.

While Egypt and Saudi Arabia have banned the Muslim Brotherhood, classifying it as a terror group, the White House, U.S. prisons, and the Departments of Justice and Homeland Security continue to work with Muslim Brotherhood groups.

For example, Paul Pitts served 14 years in prison for murder, where he converted to Islam and became Imam Abdu-Shahid. He was paroled in 2001 and hired as a prison chaplain in 2007 with an annual salary of $49,471. In Feb 2010, he was caught trying to bring scissors and razor blades into the Manhattan Detention Complex.

A New York City corrections department source told the New York Post: “It’s a disgrace that taxpayers are funding Muslim chaplains who not only have criminal records, but also are promoting violence.”

Abdu-Shahid’s boss – head chaplain Umar Abdul-Jalil – was hired at an annual salary of $76, 602 even though he served 14 years for dealing drugs. In 2006, he was suspended for two weeks without pay after declaring that “the greatest terrorists in the world occupy the White House.” He continues to oversee 40 prison chaplains.

When the jihadis start to come home and join the prison recruits, all hell will break loose. Richard Fernandez has some predictions that sound likely to me.

The dream of a secular, liberal world isn’t going to happen. Pew projects that by 2050 “Muslims will nearly equal the number of Christians around the world”. However, ”atheists, agnostics and other people who do not affiliate with any religion … will make up a declining share of the world’s total population”. The Muslims will outnumber them. In fact the Hindus will outnumber them.

Not only will liberal secularism not inherit the earth, the trope that Christianity is a Eurocentric religion foisted on the poor benighted colored masses will finally be laid to rest. Islam will become a major European religion and make up 10% of the population. Over the same time frame, Muslims will outnumber Jews in America. Statistically Christianity will become the black man’s religion and “four out of every 10 Christians in the world will live in sub-Saharan Africa.” It is not fanciful to think that by then, all the best white people will be Muslims.

He quotes Cardinal George in this essay from 2012.

I am (correctly) quoted as saying that I expected to die in bed, my successor will die in prison and his successor will die a martyr in the public square. What is omitted from the reports is a final phrase I added about the bishop who follows a possibly martyred bishop: “His successor will pick up the shards of a ruined society and slowly help rebuild civilization, as the church has done so often in human history.” What I said is not “prophetic” but a way to force people to think outside of the usual categories that limit and sometimes poison both private and public discourse.

There is our future. Not mine, thank God, as I am old enough to be gone by the time this happens, if I”m lucky.

26 thoughts on “A Preview of Coming Attractions.”