And the goose is getting fat … time to put a penny in the poor author’s hat, as the seasonal crush of market events begins for both my daughter and I, even before Thanksgiving. We have a full schedule of events, beginning this weekend and running nearly up to Christmas itself.  I usually try and time my book releases for this season; this year it is different because a) two books are in play, and my daughter has co-author credit for one of them. She came up with the characters and the general plot, and I write the rest;  fine-tune the plot, the conversations, and descriptions.Of the two books, Sunset and Steel Rails is a historical novel, set between 1884 and 1900, following the experiences of a young woman who comes west as a Harvey Girl. She is, all unknowing,  related to the Vining and Becker families through her grandfather, who had a family in Boston … and another one in Texas, four decades previously.  It overlaps with The Quivera Trail – and a fair number of characters from that book, and the Trilogy generally make appearances – but again, it is an independently-standing narration.

The Chronicles of Luna City is something quite different – an exploration of a little town in South Texas, through short stories, blog-posts and news stories. I’ve posted some of them here; sometime in mid-summer we were struck by an inspiration — what Cicely, Alaska, might be like, if it were in South Texas. Or Lake Woebegon, if the author was fond of and respected the people written about. Luna City is completely mythical, of course … but the characters and situations are based on real events, and some real people, whose identities … well, never mind. The Chronicles are enlivened by chapter-head illustrations derived from photographs I have taken, and it may amuse people to try and deduce where those buildings are really located. Both Sunset and Steel Rails, and Chronicles of Luna City  are available in Kindle and Nook ebook forms, as well as in print, although the print version of Luna City may not post to Amazon and Barnes & Noble until next week, and the ‘look inside’ feature has not yet been activated. 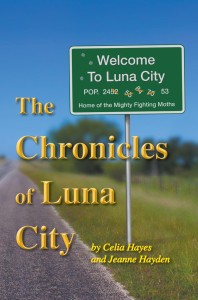 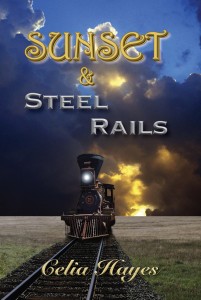 2 thoughts on “Christmas is Coming …”