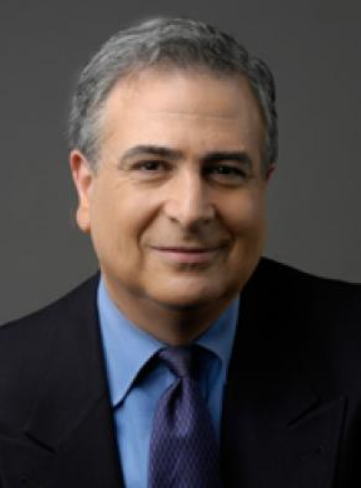 I have a few disagreements with it, however.

Prof. Lipson assumes that the published position papers, policy speeches and the content of the stadium speeches Trump has been giving for months are irrelevant. This is incorrect. Contrary to what everybody says, Trump has been comparatively specific about what his policy positions are. The best-founded prediction is that Trump will try to do what he repeatedly and firmly said he would do in all the various policy areas.

Prof Lipson says: “… Republicans couldn’t simply say they would repeal Obamacare. They had to promise to replace it with some kind of health-care policy, probably one featuring nationwide insurance markets, health-care savings accounts, medical liability limits, and subsidies for the sick and poor.”

This is exactly what Trump ran on. Universal health care with a large competitive market component. This is actually the optimum position under current circumstances. Trump’s position on this was published early, and it is a top-line blueprint for what he will try to get through Congress, with elbow room for negotiation.

Prof Lipson says: “… expect China and Iran and perhaps Russia to test the administration during its final months in office. Obama is seen as weak, and nobody has a clue what Trump’s foreign policy will look like, beyond trade protection.  America’s adversaries will see a chance to push hard.”

Sadly, this is probably true. Trump will have a chance to be presidential by being supportive, within reason, of the President in the meantime.

Prof Lipson says: “…the president’s thorniest remaining decision may be whether to proactively pardon the Clintons and their aides. They will want it — but he will be reluctant to stain his legacy and be indelibly associated with the Clintons’ cauldron of corruption.”

If I had to bet I’d say Obama will not provide pardons. What is in it for him? Barack Obama is a Chicago politician before he is anything else. This is the key to understanding him, an under-appreciated fact. A key axiom of Chicago politics, from the late Richard J. Daley himself, is “don’t back no losers.” HRC is now a loser. Also, we hear the Clintons and Obamas hate each other, but Obama will make a political calculation, not act on animus. Most importantly, Obama has a stake in the future, see below, and distancing himself from the Clintons is in his long term interest. Nonetheless, he will be under a lot of pressure to protect the Clintons. Stand by for leaked news of backstage drama.

Prof. Lipson asks: “What happens to the Democratic Party?” and predicts “It blows up and the party’s left-wing picks up the pieces … the mantle will likely fall to Elizabeth Warren and Bernie Sanders … ”

No. The mantle will fall on Michelle Obama. The Clinton model will be re-introduced. The Obamas will create an entity to raise money and build up Michelle as a future presidential candidate, and tens of millions of dollars will come their way to ensure access in the future. This will be the Chicago Way on a grand scale, and done with better legal advice than the Clinton operation, and it will be totally legal. The game plan will Michelle takes Durbin’s Senate seat while Durbin unseats Rauner in 2018. Michelle is then built up as a presidential candidate, with a head fake for 2020, and her availability if Trump is falling apart, but probably really for 2024 or even 2028. She was born in 1964, and barring severe bad health, will be viable and able to raise money for all that time. During these years anyone who wants to have access to an eventual Obama restoration will have to be a steady, reliable contributor to the Obama entity. It will give Barack a vehicle to travel the world, and the country, where he is popular and build up the brand. The Democrat future is with an Obama dynasty, if they want it, not Warren or Sanders or anyone else.

Prof. Lipson asks: “What happens to the Republican Party?” His answer: “It now belongs to Donald Trump — not Ted Cruz, John Kasich, Rand Paul, or, Lord knows, the Bushes. Since so few of the party’s heavyweights supported Trump, it really is his alone. The second biggest player will be Paul Ryan in the House.”

This is true for the moment, but I see it playing out differently. Trump is not a party animal, the way Richard Nixon and Lyndon Johnson were. They rose to power despite not being likable because they built unassailable bases within the party, and had the personal loyalty of hundreds of important people. Trump has none of that. You cannot create something like that on the fly. Trump will be too busy with the presidency to build up a Trump following in the GOP. Reince Priebus or his successor will go about the usual business of recruiting electable people and promoting the brand. Self-appointed Republican leaders will emerge. There is a large cohort of governors, senators and congressmen who will be jostling to be the future of the GOP. Expect to hear more from Scott Walker, Rand Paul, Marco Rubio, Mike Lee, Ted Cruz, among many others. Further, actual “Trumpism”, as it is eventually realized in practice, will be driven mainly by events, as most presidencies are. Others will participate in shaping those actions in response to events, and share in the kudos of any success. The Democrats have to build up their bench, the GOP enjoys an efflorescence of rising talent.

Prof. Lipson says: “Expect Trump to push tough policies on immigration and trade, but expect great uncertainty beyond that. “Make America Great Again” is about as vacuous – and subjective — as “Change You Can Believe In.” No one knows what “great” means, just as no one knew what “hope and change” meant.”

On this I disagree. Trump has run a content-heavy race. For example, Clinton’s proposed plans were not any more detailed. Trump offers a standard-issue Kemp-Reagan supply side program, right within the mainstream of GOP thinking. Trump on healthcare is similar, basically a conservative think tank consensus position. In fact, Trump’s position papers can pretty easily be reconciled with the GOP platform, and turned into a dozen or so actionable items of legislation and passed in a few months. If you want to know what Trump will actually do, or try to do, it is worth spending an hour or so reading the papers on his website. Everyone has a pre-loaded mental model that Trump is vacuous. But he is less so than many candidates we think of as serious.

Prof. Lipson says: “Within the Republican Party, the fight is joined over the appointees to fill the Trump administration and what kinds of policies will fill in details of the candidate’s broad outlines. In the Senate, Jeff Sessions will play a much bigger role, unless he’s tapped to head the Department of Justice or Homeland Security.”

Personnel is policy. Appointees will be critical. There will be some that are not a surprise — Sessions, Giuliani, Christie (if his legal travails don’t sink him), maybe Gingrich, Gen. Flynn (probably) — and we will also likely see some curve balls. The maneuvering will be intense, and information about who is up and who is down will be leaking out in the weeks ahead. The idea that no one will work with Trump because he is such an awful, awful person is balderdash. Ambitious people will take jobs that are offered and choke down any such qualms.

Prof. Lipson says: “In the House, Speaker Paul Ryan will have to work more closely with the Freedom Caucus”

Trump is going to be much more focused on good relations and ongoing dialogue with Congress, including the Democrats. Most likely, Trump will be meeting with Ryan and McConnell and they will put together an ambitious 100 days legislative package, based on Trump’s proposed Contract with the American Voter.

If Prof. Lipson wants to look like a genius-prophet to his readers, he should do what too few people have done: Read Trump’s papers and predict that bills will be introduced to do X, Y and Z. Astonished readers will say, “Professor Lipson, how did you know?” He can claim his methods are proprietary.

Prof. Lipson concludes: “The motto for the next few months comes from Bette Davis: “Fasten your seatbelts, it’s going to be a bumpy night!”  Actually, many nights.”

I disagree, based more on my gut more than on tangible evidence. The surprise will be that the Trump administration will run smoothly and efficiently, with frequent consultations with Congress, delegation of day to day activities to competent subordinates, and surprisingly few fireworks. This will be reassuring to citizens and to markets. Trump will follow a Reagan-Eisenhower model, with a personal focus on a few critical matters at any one time.

A further prediction, the ceremonial and ritual aspects of the presidency, which Obama was not comfortable with, but which shape perceptions and provide the president with gravitas and hence bargaining leverage, will be well-executed, with pomp and taste and panache, because Ivanka Trump will not permit it to be any other way!

As an addendum, a liberal friend wrote to me with her many concerns about the upcoming Trump presidency. I responded:

Trump will be like Eisenhower, a centrist nationalist, strong on defense but avoiding foreign wars, infrastructure investment, close engagement with Congress, probably weekly senior personnel meetings and many one-on-ones, unlike Obama who was a solo act and not good at schmoozing, the president will focus on 2-3 issues at a time with a lot of delegation. I predict the ceremonial elements of the presidency will be very important to him and his family, and will be executed with taste. External events, terrorism, war and market crises, will dominate the next four years, and Trump’s performance in response will define him and his administration.