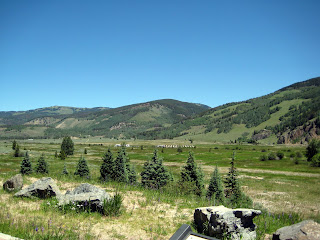 Recently I was in Colorado and drove past what was “Camp Hale”, which is where the US 10th Mountain division trained during WW2. There are a few nice historical signs on the site for those that don’t know the history of this division, which fought in Alaska (when it landed on an island recently evacuated by the Japanese) and Italy during WW2. Here is an excellent chronology of the division in WW2. On page 30 of that PDF, you can see the casualty figures for the 10th Mountain Division – over 25% of the division’s men (including replacements) became casualties during the late 1944-early 1945 battles in Italy. 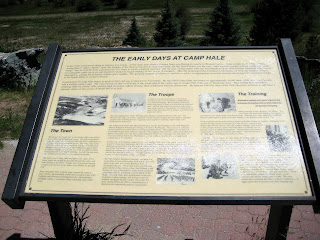 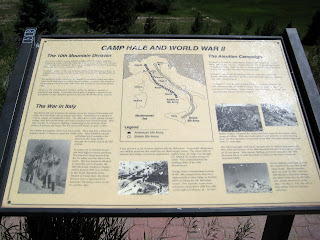 There were 4 plaques by the side of the road – here were the first 2, one with training and one with their WW2 activities in Italy.

It is hard to imagine today that once this base housed almost 16,000 fighting men. Today there is only a lush valley with a few trailers and odds and ends remaining. Apparently there was an effort to remove unexploded ordnance in 2003. 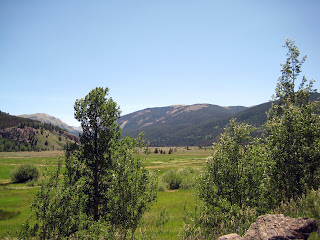 The area in Colorado where the 10th Mountain division trained seems kind of remote even today. It must have been difficult to build and re-supply this many men in the dead of winter with pre-interstate travel in Colorado in that mountainous area. The logistical achievements of WW2 were immense… and to think nowadays we can’t site a road or power line without going through a thousand hoops and taking a decade to do so.