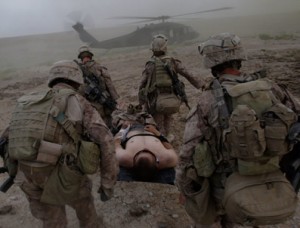 Voices from many quarters are saying dire things about the American-led campaign in Afghanistan. The prospect of defeat, whatever that may mean in practice, is real. But we are so close to the events, it is hard to know what is and is not critical. And the facts which trickle out allow people who are not insiders to only have a sketchy, pointillist impression of the state of play. There is a lot of noise around a weak signal.

ChicagoBoyz will be convening a group of contributors to look back on the American campaign in Afghanistan from a forty year distance, from 2050.

This exercise in informed and educated imagination is meant to help us gain intellectual distance from the drumbeat of day to day events, to understand the current situation in Afghanistan more clearly, to think-through the potential outcomes, and to consider the stakes which are in play in the longer run of history for America, for its military, for the region, and for the rest of the world.

The Roundtable contributors will publish their posts and responses during the third and fourth weeks of August, 2010.

The ChicagoBoyz blog is a place where we can think about the unthinkable.

Stand by for further details, including a list of our contributors.