Two years ago I wrote this:

The only part of the American national security establishment that successfully defended America on 9/11 was the portion of the reserve militia on board Flight 93, acting without orders, without hierarchy, without uniforms or weapons, by spontaneous organization and action.

The lesson I derived:

Bottom-up, inductive, spontaneous self-organization is the essence of America.

After a decade I can say we have wasted a decade failing to learn from that lesson.

We had better do better over the next decade.

A minute by minute narrative of Flight 93, done as tweets today, is here. Scroll from the bottom. Very much worth reading.

My recollection of the day was in a comment here, written on September 11, 2004 — below the fold. It is funny how after ten years I had forgotten some of the details I had remembered three years later. You can say “we will never forget” but your brain fades away, and you forget whether you want to or not.

The weather this morning was exactly like the day ten years ago: Clear, warm, blue skies.

I was standing in my kitchen, running late, getting ready to head out the door. We had the radio on when the reports started coming in. No TV. Thank God. It was a beautiful, sunny day in Oak Park. Kids were playing in the yard. I just paced up and down in the kitchen as the news reports came in. My wife said to me, you are not surprised and I said I wasn’t. I remember thinking, how in the Hell are they going to repair the damage of a jetliner-sized hole, then the first tower fell. Len Walter on WBBM, the business reporter, was reporting all morning, I remember. My wife tends toward being a pacifist. I said something like, this is like the Vietcong going global, and I asked her will you support it when we retaliate, when we find out who did this? She said, I remember it like if was five minutes ago: “the Vietcong never fucking attacked New York.” Right on.

Sometime after the second plane hit, Jonathan calls me. He says something like, “well they got us”, and I said something like, “yeah, the fucking bastards got us.” Neither of us was surprised. The method was a surprise, but we had both been saying that the USA was living in a dreamworld and that we were overdue for a massive terrorist attack. I expected an Oklahoma City type of bombing, maybe. I also had long thought I’d get to work one day and find out Lower Manhattan had just been leveled with a nuclear bomb. That may yet happen.

I remember praying to God, “grant that we will find and destroy the people who did this. Grant that we will find and thwart and stop the people who did this. Not vengeance. No vengeance. I don’t want vengeance. You judge their souls. That’s your business. I don’t care about that. No. Justice. Only justice. Give us justice. Make us instruments of your justice.” Along those lines, over and over, and praying for the people being incinerated, the people who’d been snuffed out in an instant on board the planes, the people falling and dying smashed on the pavement, the people going into the buildings to rescue others and being crushed under countless falling tons of steel and cement.

I didn’t go to work that day. 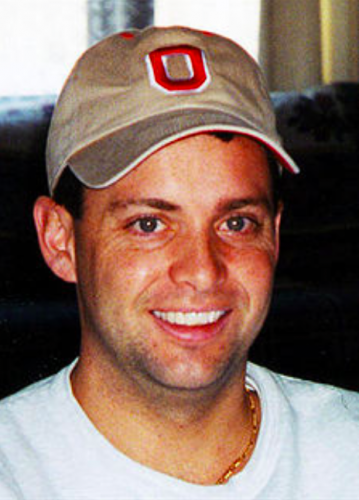