I’m relieved that Bush appears to have won, but I was pretty nervous earlier. Here’s an Intrade screenshot (emphasis added) from Tuesday afternoon, after the pro-Kerry exit-poll rumors but before there were any strong public indications that Bush would do well. 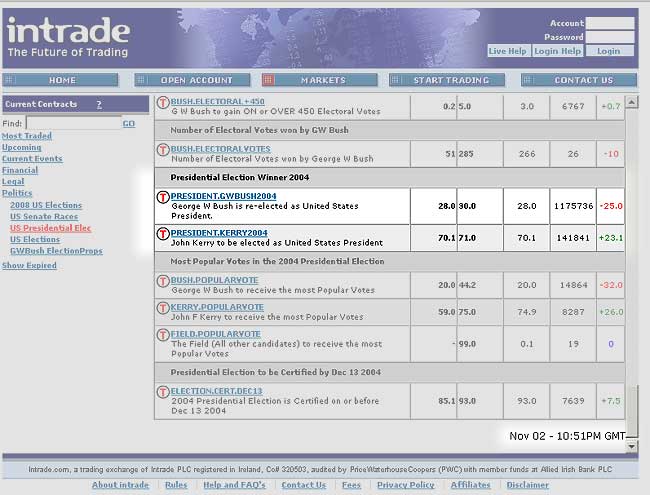 I am a bit concerned that Bush’s margin of victory in Ohio will not be enough to forestall a Kerry challenge. There is still enough uncertainty as I write this, at 2:00 AM EST, that Intrade’s Bush re-election contract is trading at only around 93. It should be at 98 or 99 if Bush has a lock on it. I hope that Kerry will have enough sense not to drag this out, and that Bush will soon emerge as the clear winner.

5 thoughts on “Touch and Go”