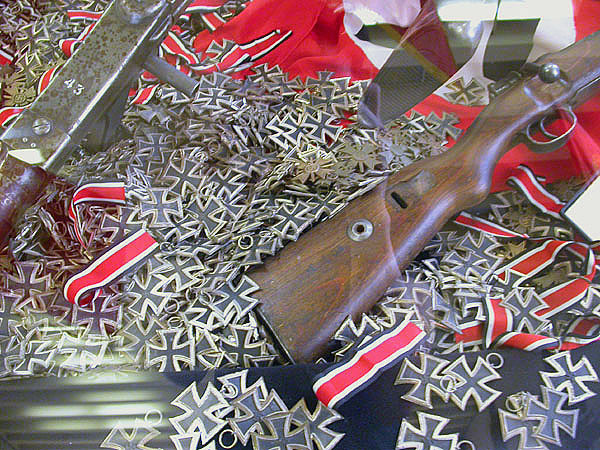 Here’s a picture of a display I like from the World War II museum in Moscow. My first impression was that’s a lot of dead/captured of the Wehrmacht’s best.

Lex put it better than me:

It was the Soviet soldier who killed the Wehrmacht. His story is too little known. It does not in any way diminish what our GIs and the British tommies did to say that Ivan bore the heaviest burden, rose from the ashes of defeat, never gave up, and battered the Germans into the dirt. He served an evil regime, but he was fighting for his life and the life of his people, and his country had been invaded, so by the playground rule (who started this?) he was the good guy.