When I was a first year staff person a couple of decades ago there was a presentation to a major multi-national company and I was the lowest ranking person on the team by a country mile. The account team prepared a map of the world with the client’s locations listed.

You have Scandinavia on there twice

When they printed the map, for some reason they had Norway there one time and then again out in the Atlantic. I noticed it immediately because, well, it was very obvious (to me).

The account team was cursing because there was no time to change anything and they alternatively were mad at me and just laughing that someone who was a kid just hit their major presentation that hard. I think the presentation went well (I wasn’t at the meeting) and probably the client hardly noticed, anyways.

As I walked down the street in River North I noticed a custom clothing store that took up their main window space with this advertisement. This is pretty important because they get a lot of sidewalk traffic. 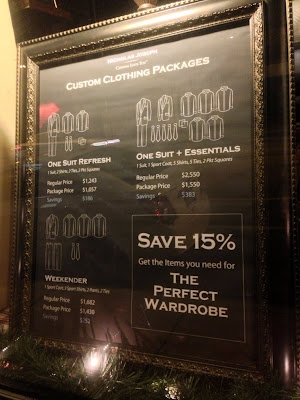 5 thoughts on “Mistakes Right Before Your Eyes”