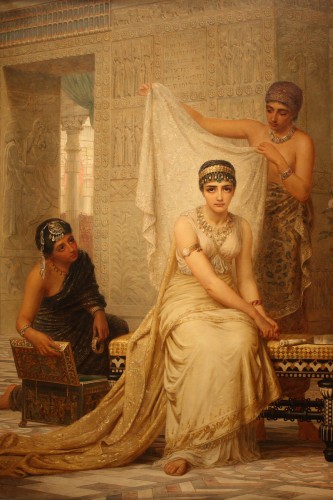 Our good friend Seth Barrett Tillman has an excellent article, part personal narrative, part meditation on the basis of conflict between Arabs and Jews, based on thoughts on the book of Esther.

The article, “Purim & My Bangladeshi Friend” may be found by clicking here.

On the Jewish holiday of Purim the practice is to read the book of Esther. Purim is on March 15-16 in 2014. It is not a widespread practice, but I know Catholics who read the book of Esther on Purim, and I read it last year for the first time. If you have never read it, you should. It is only about 6,000 words, the length of a long article, not a book. You can find it here.

As Seth notes, while the story is one of survival for the Jews, it also shows the sorrow and disgrace suffered by every defeated people at the hands of their conquerors.

Every year at Purim, my co-religionists and I read Esther. The story, as customarily explained to children, is that Esther won a contest . . . something akin to the modern beauty pageant. The prize was that she was made queen – the wife of the Persian emperor. As a result, by pleading to her husband on behalf of her brethren, she was well-situated to save the Jewish community from the nefarious Haman, who actively plotted genocide against the Jews. Esther’s courage thwarts Haman and the community is saved, although it remained in exile. The story is presented as one with a happy ending.

But, that is the story as it is told to our children.

By contrast, an adult, who considered Esther, would understand that the story of Purim is also an intensely sad story.