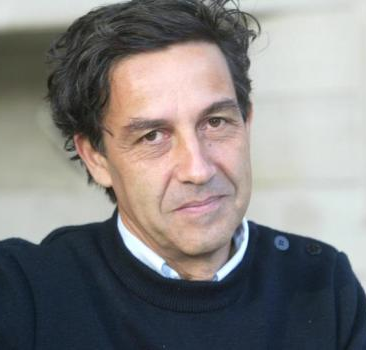 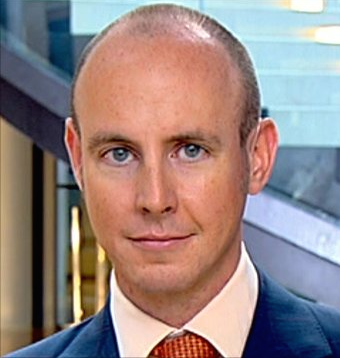 I usually have a post on Bastille day which is the one day a year I let my Francophilia run wild, and I write a love letter to France. But I have a second Bastille day post in 2014 because things are not so good in France. And is so often the case, the problem is self inflicted.

Our sister republic, France, is in trouble.

The EU is a failure, the French political class is the architect of the disaster, and they dare not admit how bad it is, so the French are paralyzed.

Emmanuel Todd, above left, whose work Jim Bennett and I used in America 3.0 has been vocal about this problem. I had a post up the other day with a lengthy discussion by Todd in English on this topic.

Daniel Hannan, above right, recently posted a shorter clip, three minutes, in which Todd shows a sound appreciation of the distinctiveness of the Anglosphere:

I sympathize with the British dilemma entirely. Britain’s position is horrible when you think of it. They are very close and very dependent in terms of trade from a dying continent. Continental Europe is an aging continent committing suicide under German leadership, a very common European thing. But culturally, Britain belongs to this much wider Anglo-American world.

Britain therefore has an alternative, at least potentially, to becoming enmeshed further in “European Project.”

For France, alternatives are harder to find.

But Todd is a patriotic Frenchman. He is not content to say nothing while his country is slowly destroyed, while the EU under German leadership fails to take any action to prevent the decline of the Continent in general, and of France in particular. Todd proposes that France pull out of the Euro, and take the consequences, to get back their autonomy.

Craig Willey is an EU affairs journalist, who blogs about Emmanuel Todd. He links to what he calls the definitive Emmanuel Todd rant on the subject, which is in French. However, Willey provides a translation of a short passage which captures the force of Todd’s opposition to his country sleepwalking into stasis and national extinction:

Fuck, we’re here, breaking our own balls, in a mass of non-decisions, with Brussels, with Frankfurt, in humiliating negotiations, without any prospects, with an infinitely crap history in sight, and all of a sudden [we break free of the euro-regime], that’s it, we’re in the shit, together, as Frenchmen, we roll up our sleeves and we try to get through it. Isn’t that beautiful? And democracy is reborn. And at first, we’re a little bit poorer. But we’re going somewhere, and our children are going somewhere.

I heard the ring of French greatness there. Contrary to some self-congratulatory American conservative mythology, French history is usually marked by stubbornness and a refusal to surrender, especially in the service of national survival or a compelling cause.

(I was struck by this passage in an other way. I have had similar thoughts about the transition we are going to have to suffer through to dismantle the legacy state and economy of America 2.0. To paraphrase Todd: “We break free, we’re in the shit, together, as Americans, we roll up our sleeves and we try to get through it. Isn’t that beautiful? And freedom and prosperity are reborn.” Yes. I like that very much.)

The rest of Europe also needs to find a better way than being smothered under the current EU regime. As Jim Bennett and I wrote in our essay America, England, Europe – Why Do We Differ?:

The peoples of Eastern and Central Europe must probe their own historical roots, to determine which “continuities” should be cultivated, and which need to be overcome.

Anything more than a free trade area and a set of specific cooperative projects is more of a stretch than Europe can stand. The first task is to stand down from the ruinous Single Currency project. The second task is to put a stop to the misguided and destructive attempt to create a European federal state. When these failed projects are put aside, a realistic European collaboration can be constructed.

France is, in its own way, an individualistic country, with greater cultural affinity for the Anglosphere than for the countries of Central Europe, which have more sharply declining birth rates, and an authoritarian tradition.

The ancient friendship between France and the United States has been, on the whole, a sincere and disinterested friendship. A calamity to you would be a sorrow to us. But it would be more than that. In the seething turmoil of the history of humanity certain nations stand out as possessing a peculiar power or charm, some special gift of beauty or wisdom or strength, which puts them among the immortals, which makes them rank forever with the leaders of mankind. France is one of these nations. For her to sink would be a loss to all the world.

I quoted him last year on Bastille Day. And I heartily agree with TR on this point.

And a France which is true to itself will find that a “special relationship” with the Anglosphere in the years ahead is a better alternative than being subject to a German dominated EU.

Of course, we will have to work out a lot of details!

Also notable is Mr. Hannan’s praise of America 3.0 in his column entitled Europe is dying, says France’s leading demographer, and Britain would be better off with the Anglosphere: “In their seminal book America 3.0, James C. Bennett and Michael J. Lotus draw heavily on Todd’s researches to explain why free-market capitalism developed in places where families are nuclear and limited. But that’s another story.” We do indeed, and it is a very big story.

We were also blessed to have Instapundit cite to the Hannan column, and note that it contains “a nice plug for Jim Bennett & Michael Lotus’s America 3.0: Rebooting American Prosperity In The 21st Century.”

Prof. Reynolds also suggests: “Here in the states, that’s a book that every 2016 candidate — or aspiring issues director — should be reading now.”

But of course they should!