Donald J. Trump has now clinched the GOP nomination, with 1,237 delegates committed to voting for him on the first ballot at the GOP Convention. It was a scant few months ago when this idea was literally laughable to most supposedly knowledgeable persons.

Congratulations to Mr. Trump. Now, to rally as much of the GOP as possible for the upcoming election. Then, onward to the great American voting public, to defeat Hillary Clinton. And then, if Fortune continues to smile upon his efforts, we shall see whether Mr. Trump can pull off the YUGEST deal of his career, and can Make America Great Again.

I have always supported the GOP nominee, and this year is no exception. Trump defeated the other sixteen candidates in fair combat, though it was ugly at times.

Stopping Hillary Clinton is so important that the proverbial man-shaped cardboard cutout with “GOP” scrawled on it in Sharpie marker would get my vote. I cannot fathom the continuing quibbling by purported Republicans and Conservatives, given the stakes, and the destruction a Clinton presidency would inflict. Defeating her TRUMPS all other considerations. Trump is the chosen means to that necessary end. So be it. Let us go forward together. #NeverHillary

Beyond being not-Hillary, Trump is a wildcard. Much of what he has published, and says he wants to do, is good. As I wrote elsewhere, there is plenty of material to find common ground with the legacy GOP and its leaders. The list of proposed Supreme Court justices he recently published is very good. So, there are things to like about Mr. Trump, as well as some things not to like so much. But this election, like all American Presidential elections is a simple, binary decision. There is no imaginary third option, as some people seem to wish. It is Trump or Clinton, period, end of report.

And Trump is clearly preferable to Clinton. 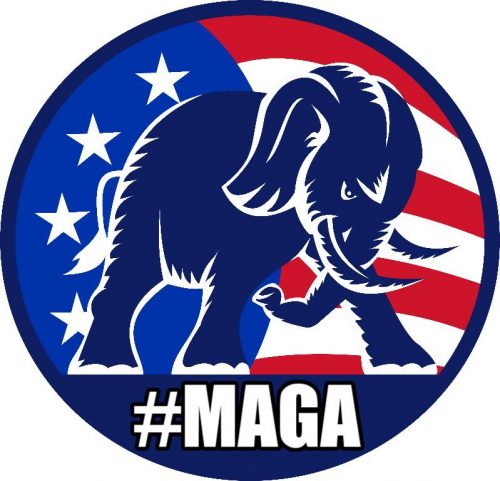