The book Citizens of London by Lynne Olson was published in 2010 – my wife came upon it recently and recommended it to me. If you are looking for further evidence that Franklin Roosevelt was a horse’s ass and that Joe Kennedy should have stood trial for treason, this will please you.  Do not read the Introduction, as Olson merely uses it to illustrate that she is a rather cliched citizen of Washington DC, with at least some of its bubble prejudices.  This is perhaps necessary if one writes approvingly about America’s history, even WWII, in order to fit in there, but it intrudes on the narrative for those outside the Acela Corridor.  Her politics do bleed through a bit, as she is quite clear what were good progressive domestic policies of the day and which were old regressive bad ones, but even I, who am very easily irritated by such things, liked her telling of the story of America’s entry into the war well enough to overlook them.

Olson focuses on three Americans – CBS broadcaster Edward R Murrow, business heir Averill Harriman, and especially Gil Winant, American ambassador to the UK following the execrable Kennedy. She credits them with shepherding the relationship between Roosevelt and Churchill, the military staffs, and the American and British people in general enough that they could work together well enough to fight a war. We regard such cooperation as automatic now and are aware of a “Special Relationship,” however much Barack Obama did to undermine that during his presidency. Yet our nations’ positive feeling for each other now is largely a result of that successful cooperation.  There was considerable misunderstanding and animosity on both sides leading up to the war. 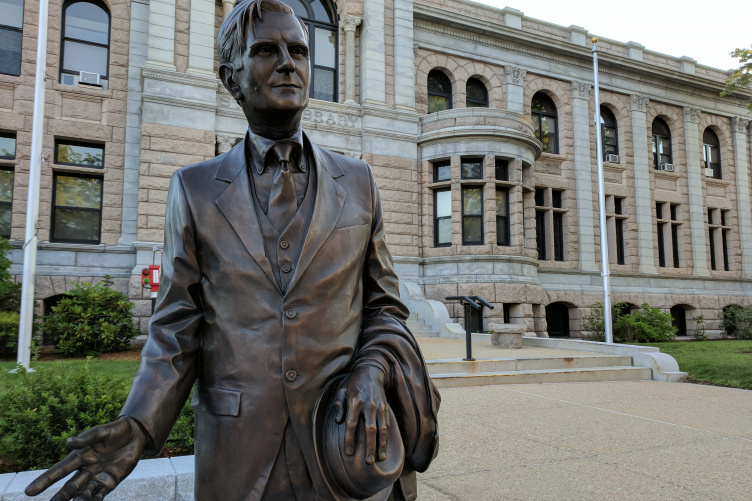 A friend who was a history and business professor and is also the designer of a detailed WWII wargame once commented to me how empty our historical what-ifs are, specifically in relation to the idea that the US could have saved many Jews by bringing them to America in the 1930s. While entirely agreeing that taking as many as we could squeeze in would have been of enormous benefit to American science, arts, and business, he waved the thing off as impossible. There was no way that we were going to take in additional people when there was 25% unemployment, and Jews were considered far too different for a nation that had excluded an entire continent from any immigration only a few years before. Americans, especially outside the Eastern cities, didn’t like Slavs and Irishmen and barely tolerated Scandinavians. Citizens of London will remind you that we didn’t even like the British all that much. We believed ridiculous things about them (and they about us). Our isolationism was widespread, and intense.  If Europe and Asia wanted to tear each other to pieces, let ’em, it was no affair of ours, and even England was not an exception. Once you came here you were expected to adopt much of the same attitude yourself in order to be regarded as American at all.

21 thoughts on “Citizens of London”