France is being fined 500 million Euros by the EU because it didn’t meet its ‘renewable energy’ goals in 2020.

Yet the CO2 intensiveness of France’s electrical generation is running about 121gCO2/kWh, while Germany is at 647gCO2/kWh.  Apparently, nuclear doesn’t count as ‘renewable’ by EU standards.  (The numbers would have surely been even more favorable to France in 2020 than those based on this 2022 snapshot, given that so many French nuclear plants are down for maintenance at the present time)

After a day of waiting on hold with my new internet server (I “bundled” for considerable savings but also because our local cable provider had been swallowed in a buy-out),  the last techie informed me that it was surprising I still got any e-mails – not that they were disappearing from my inbox and from deleted, etc.  (And pretty soon I wouldn’t get any.)   Suddenlink addresses, apparently, were being sent to some black hole.  Meanwhile, Optimum does not provide that service.

I guess I need to move on.  Opinions are generally well supported (and not in short supply) among Chicagoboyz; what has your experience taught you?  I’d love anecdotes  but statements like – XX is wonderful or terrible will also help.   After all, who is more savvy than a Chicagoboy?  On the other hand, I’m incompetent and totally rely on the Greek Squad so simplicity and safety are my biggest concerns. 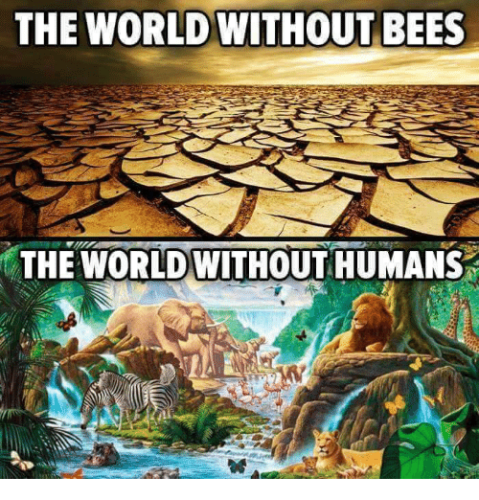 “Made in China” is a phrase that morally discerning consumers have grown to dislike. Unfortunately, it’s difficult to avoid goods made in Communist China. Even companies that tout “Made in the USA” (e.g., Carhartt) don’t make all of their products stateside. Furthermore, online retailers like Amazon often show only that a product is “imported” and you have to dig around to figure out whether it’s made in a (relatively) free country or in a communist dictatorship that forces ethnic minorities and dissidents to work in what are effectively concentration camps.

Although “Buy American” would be preferable, personally I don’t care where something is made as long as it’s not China (since other countries that I find deeply objectionable don’t produce anything in the first place). Perhaps it’s time for the ABC movement: “Anywhere But China.”

The late Clay Christensen, IMO one of the relatively few business academics whose books/articles contain ideas that are genuinely thought-provoking and useful, discussed the ‘job’ for which a product is ‘hired.’  An example: milkshakes, sold by a restaurant chain which wished to increase its sales of that product line.

The chain’s marketers segmented its customers along a variety of psychobehavioral dimensions in order to define a profile of the customer most likely to buy milkshakes. In other words, it first structured its market by product–milkshakes–and then segmented it by the characteristics of existing milkshake customers….both attribute-based categorization schemes. It then assembled panels of people with these attributes, and explored whether making the shakes thinker, chocolatier, cheaper, or chunkier would satisfy them better.

Marketing 101 stuff. But it didn’t yield much in the way of results.

A new set of researchers came in with a different approach–to understand what customers were trying to get done for themselves when they “hired” a milkshake. They spent an 18-hour day in a restaurant and recorded when the shakes were bought, whether the customer was alone or with a group, whether he consumed it on the premises or drove off, etc. Surprisingly, most of the milkshakes were being bought in the early morning. After analyzing the data, the researchers returned and interviewed the customers. Evidently, these were people who faced a long, boring commute and wanted something to eat/drink on the way. Milkshakes were superior to alternatives because they didn’t get crumbs all over (like bagels) or get the steering wheel greasy (like a sausage & egg sandwich.)

The most important thing is that the same customers, at different times of the day, would buy milkshakes in other circumstances/contexts…and the desirable product attributes would be different. For example, they might come with their kids after school. And whereas the same person in his role as a commuter might want something that is relatively slow to drink (thick shake, large container), when he reappears in his role as a parent he might want something that goes down relatively fast (less viscous shake, smaller container, maybe even a larger straw.) What matters is not just who the customer is, but what he is trying to do.

OK, the idea of milkshakes for breakfast is not something I find appealing, but then I don’t need to combine breakfast with driving.  Some people do.  More importantly, Christensen’s insight generalizes beyond the milkshake field, and I’ve wondered what applicability it might have to politics.

So, why do people have political opinions?  What ‘job’ are they hiring the opinion to do?

Is the opinion based on their analysis of which policies/politicians will benefit them, and/or benefit people they care about?

Is it based on their impression of which opinions they had better express, if they want to keep their jobs–friends–boyfriends–girlfriends–spouses?

Is it the ‘job’ of the opinion to make them feel better about themselves?  Is it to get virtual revenge against people in their past–parents, employers, Mean Girls, school buillies?

Is it based on a desire to avoid cognitive dissonance by not contradicting views that they have held previously?

What other reasons do political opinions get ‘hired’ for?…bearing in mind that several factors may influence the hiring of a particular opinion…and what are the implications of this angle on things for practical political marketing?  (if any)

(Christensen story is from his book The Innovator’s Solution, co-authored with Michael Raynor)