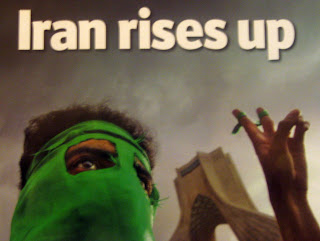 One of my favorite quotes (I don’t even know if it’s true) is supposedly from Jack Welch and it is about how he got rid of his forecasting department:

Businesses are often surprised by changes to the environment, even while they tout their ability to master the situation. One company I used to work with had a joint venture with CISCO in the dot.com era – at the time CISCO was touting their advanced financial capabilities, their ability to close the books a few days after quarter end, and most importantly their supply chain mastery that allowed them to accurately forecast demand. Almost immediately after that period of boasting, CISCO had a big inventory write down since they built too far ahead of demand and had to scrap the unsold goods and materials.

To some extent the entire economic situation that we are currently embroiled in relates to a failure to predict the future or forecast accurately – demand was over-estimated, pricing power was over-estimated, and liquidity that was taken for granted vanished in an instant.

While businesses have to face up to their failures (by publishing financial results filled with losses, getting acquired, or going out of business), what about the journalists and “talking heads” on TV who cover foreign affairs?

How many of them predicted that Iran would break out into a mini-revolution? The Iranian regime seemed solid and their hold on the electorate strong; I don’t remember talk of widespread unrest, and also of the potential of new communication tools like Twitter to widen the impact of these protests.

Failing to predict critical events is commonplace; less frequent is the media owning up to their limited powers to see the future and the fact that many of their talking heads don’t provide much insight. The 24 hour news channels are a void of chatter, scrolling news tickers, and loud updates.

They should take a cue from the Jack Welch quote above and either get much better at what they do (unlikely) or more importantly note their inability to provide much more than real time (at best) views of what has already occurred.

4 thoughts on “Iran and Prognosticators”