She was born to privilege and a degree of wealth, at the turn of the last century – Muriel Morris, an heiress of the Swift meatpacking fortune, and by most accounts conflicted over that circumstance. Like a scattering of her peers in the debutant world, she had an interest in social justice, as it was generally understood at the time. She is reported to have read Upton Sinclair’s polemic The Jungle as a teenager and been horrified – doubly so as both sides of her family had made their fortunes in the industry which Sinclair portrayed as especially brutal and gruesome. Muriel Morris was also of an unexpectedly intellectual bent and determined enough to pursue her intellectual interests – first with studies at Oxford, England in the 1920s, and then in – of all places, Vienna, Austria, where she hoped to study psychoanalysis with Sigmund Freud. She briefly married a British artist, Julian Gardiner, by whom she had a single child, a daughter, before deciding to pursue a medical degree at the University of Vienna in 1926. She had a trust fund sufficiently generous to support herself and her small daughter.

It looks as if with the official departure of the US military from Kabul, a media cone of silence perpetuated by the National Establishment Media has descended over the whole ghastly mess, leaving a good many of us who have been following the chaotic and bloody disaster that it was with unanswered questions. Like – exactly how many Americans were left behind in Afghanistan? American citizens and employees of international and US-sponsored NGOs, or dual nationals home visiting relatives in the “Old Country” over the summer vay-cay? A couple of hundred? Or thousands? Independent military reporter Michael Yon and others across the indy blogosphere reported that American citizens – with their passports in hand – were turned away from entering the Kabul Airport by the US Army, and it is those people who are stranded in Afghanistan now. Well, maybe. Between the proverbial fog of war and the cone of silence – a great many questions remain. 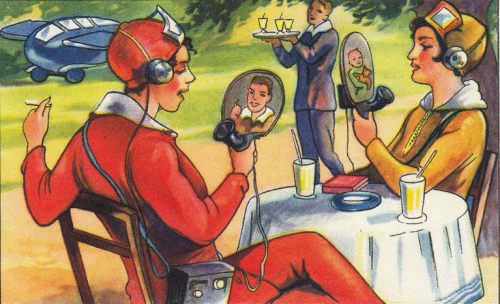 Some other predictions about the future…

You see the guy on the right? I call him “fasionable Afghan guy”.


Let’s talk about “fashionable Afghan guy” for a minute or two.

Well, if there isn’t one element in current events which more clearly shows up the double standard – not to mention the absolute uselessness of masks and so-called social distancing – it would have to be Barak Obama’s lavish party with six hundred of his closest and dearest friends, at his plush estate in that playground of the old-money wealth, Martha’s Vineyard. The Commie Crud virus obviously must know the difference between the enlightened, sensitive members of the elite, and would not dare afflict them, unlike those stupid, unenlightened and no doubt racist proles attending the Sturgis motorcycle rally.