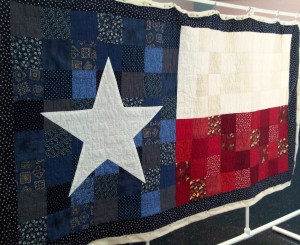 The month of January is associated with the Roman godlet Janus, conventionally pictured with two faces, one looking forward and one looking back. I’m looking forward at 2012 with subdued anticipation, wondering if the new year will be as much of a mixed bag as the old one was. Personally, during 2011, I felt as if I were skidding from one extreme to the other, in between every kind of loss and gain imaginable, both personal and professional. We lost my father, for one – the day after Christmas, 2010. Then I had a book to launch

early in the year, and the sequel to it to finish in time for the Christmas rush – plus the all-in-one edition of the Trilogy. I had a round of speaking engagements – much fun ensuing from those, including keeping a straight face when urged to join the Sons of the Confederacy Ladies’ Auxiliary. I didn’t mention that my ever so-g-g-grandfather the Quaker abolitionist and Underground Railway safe-house keeper probably was a major disqualifier.

I severed a professional relationship with one publisher, and moved over to another, smaller and local publisher. I had sufficient paying projects as a free-lance writer and editor in 2011. Between the freelancing, my books and partnership in the Tiny Local Bidness, I didn’t need to take on a job such as I had to take some years ago, in a telephone call center. I’m starting off this year with a guest appearance on a local internet radio show – this Thursday afternoon at three CST on the Yankie Grant Show. For books in the new year? I’ll be working on the research for the next one for sure, a picaresque adventure set in California during the Gold Rush years. I’ve always wanted to write a novel about the Gold Rush, where an extraordinary number and variety of people came to California all at once, seeking their fortunes in the mines or from the miners.