On Okinawa, two regiments of US 6th Marine Division make landings on the Oroku peninsula in an attempt to outflank Japanese defensive positions.

However, this is the base area of the Japanese Navy on Okinawa. The local IJN commander, after at first obeying orders to retreat to the Kiyan line, dislikes his new position. He disobeys orders and has his troops reoccupy their original cave positions at Oroku.

The 32nd Army papers over the mutiny by sending orders after wards approving this action. 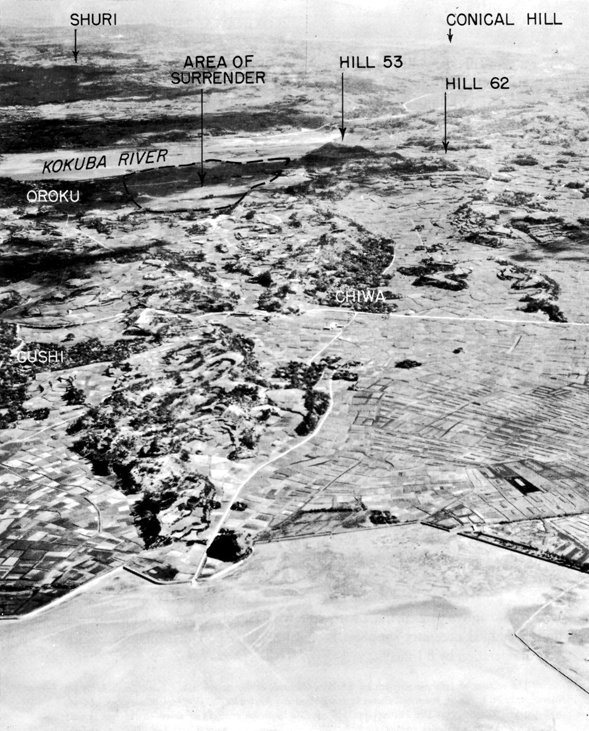 BASE OF OROKU PENINSULA, where Okinawa Base Force made its last stand 10 days after the Marine landing.

General Buckner, commanding US 10th Army, reduces the frontage of the US 3rd Amphibious Corps. The Marines have suffered the greatest losses, and the 6th Marine Division is stuck in a dogfight with the entrenched IJN base force on Oroku.

The frontage for the US 24th Corps’ 7th and 96th Divisions are increased to make up for this.

No amount of words I write can say how bad the mud was at Okinawa the way that the following pictures do: 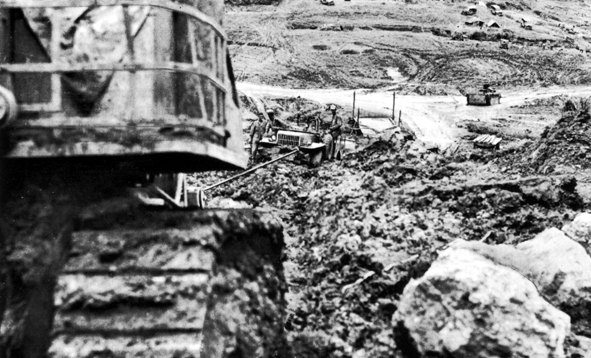 MUD AND SUPPLY were major problems in pursuing the Japanese southward from Shuri. Success depended largely on ability to move American supplies over bad roads. Tractor (above) is pulling a reconnaissance car uphill from portable bridge in the hollow. 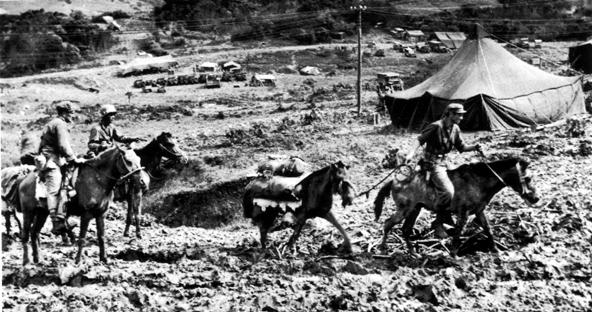 When roads became impassable to motor vehicles, horses were used. 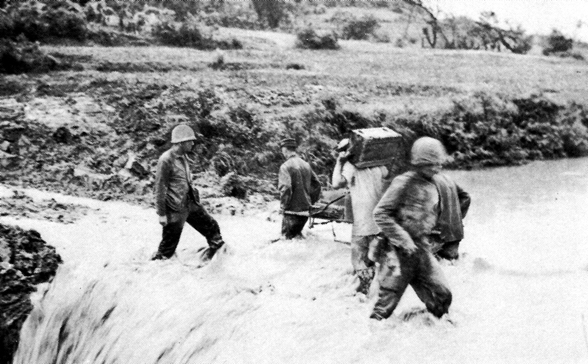 1st Division marines resort to hand carrying of supplies and wounded as roads are washed out by torrential rains.