Below the fold, information on the barn that we rehabbed at our farm, if you like. 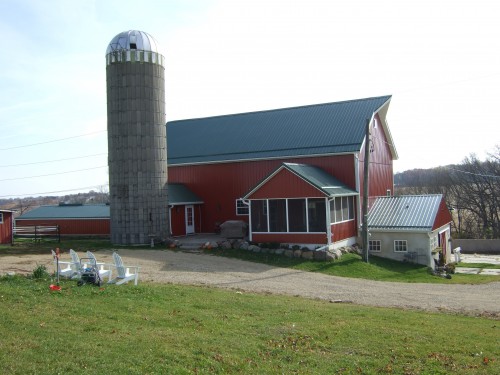 I really, really wish I could find the “before” photos of this barn. They are somewhere and I will probably find them when we move. Carl has been out there so he can frame a mental picture, but lets just say that this thing was in pretty bad shape. Some portions of the barn had to be torn off – we used recycled old barn boards to re construct it to try to keep as original (in color and spirit) as we could. We re-roofed, sided, shored up the foundation, and did a lot of other things as well that I will get to in the post.

Below you see the finished product inside. We had the windows put in there for natural light. There is a simple HVAC system installed as well. It is used mainly to keep the place above freezing in the winter and to keep it at a respectable temp in the summer when we spend the nights out there. Our main desire was to keep as many original architectural elements intact as we possibly could. The floor is pine – not the best floor material, but we are enjoying how it is wearing. It adds character to the whole thing. Also, we got it as surplus from a job somewhere else that went south so we got it for a song. 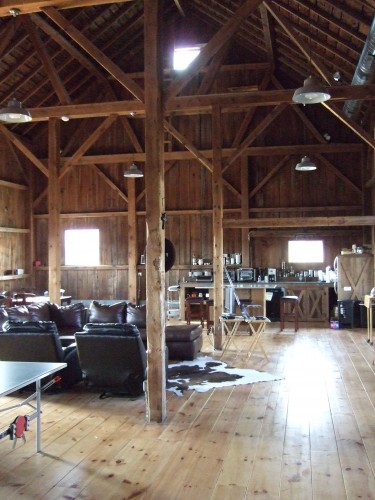 We also had uplights installed on the upper beams to cast light up on the ceiling, which creates a wonderful effect at night time.

If you look at this photo carefully, you can see the wooden pegs that were used in the original construction to hold the beams together. 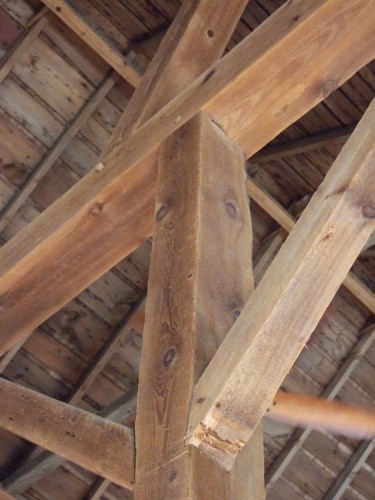 We put this photo of my grandmother out there – she would have loved it. 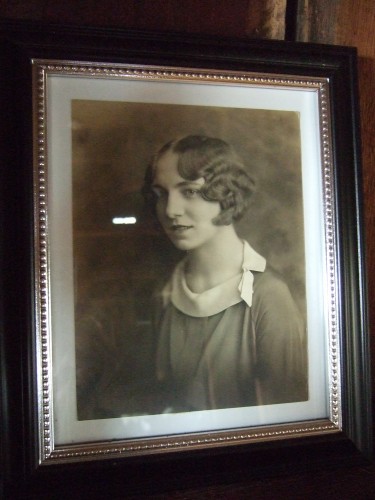 As I said, we tried to keep as many of the original elements as we could. This door was perhaps used when they filled this loft with hay all the way up to the top. There is an old pulley system there that seems to indicate that perhaps this barn goes all the way back to the loose hay days. Back then they would being carts of hay, back them up to the barn with horses and use a claw type of mechanism to load the hay into the barn. We are guessing this barn was erected before WW2. 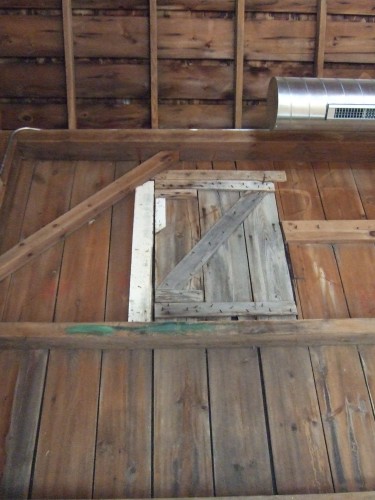 While we were doing this project we stumbled upon an immense amount of garbage, and the occasional nice find. We kept this dairy herd monitor and used it as a decoration. The farmer used to have to keep track of each cow by hand as to where they were in the cycle. 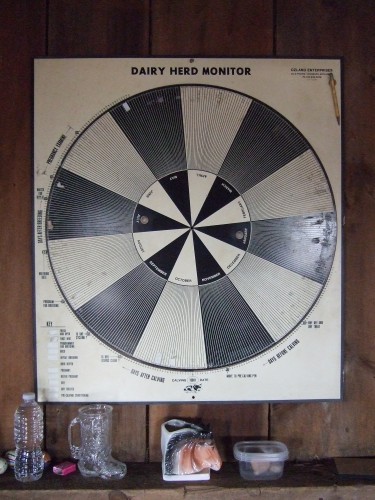 This is the old milkhouse – it is now used as a tack room. We used jet-crete to make it look nice and installed the windows and flower boxes. Previously, it was broken stones and ugly chipped cinder blocks. 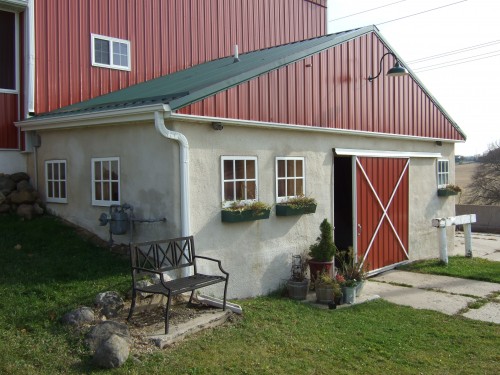 This is the long view of the barn, featuring more jet-crete work on the milkhouse and the foundation part of the barn. 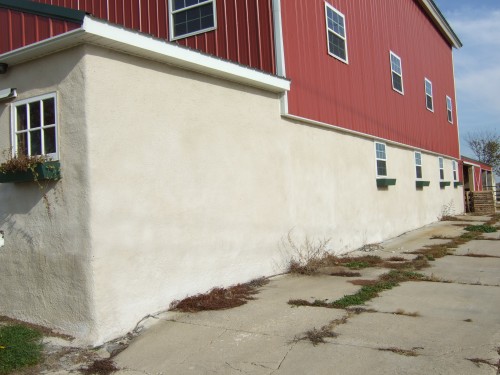 This is the old dairy itself. We also jet-creted the insides to shore it up and had the manure trenches filled in. We aren’t sure if we are going to do anything with this space yet. Currently it is used for storage and is the home for our four cats that are our rodent control, along with traps and poison. That is a never ending battle. 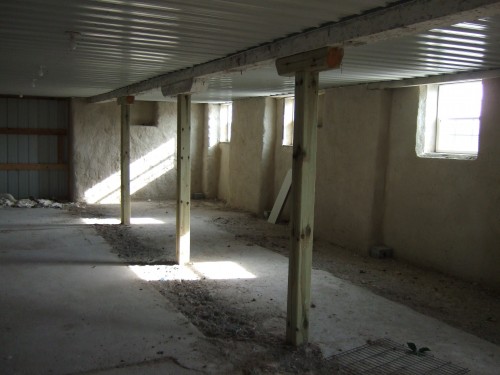 This was an interesting project and it turned out well. We are very happy with it. We kept the old silo up for decoration. The equipment inside it is completely non functional. We also added the screened porch you can see in the first photo. We spent a lot of nice summer meals out there.

Currently we have our permanent house under construction at the site.

We enjoyed preserving this bit of history that reminds us what the land was used for in a day long gone.