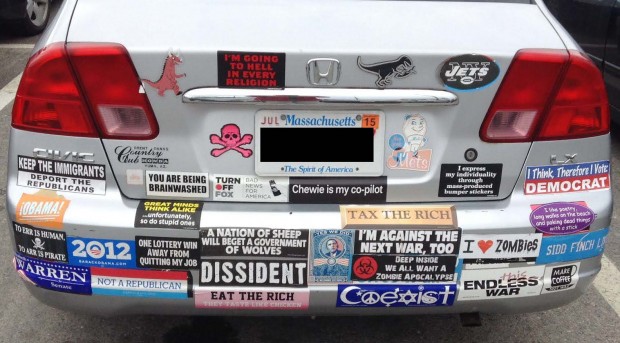 This next summer will be 100 years since the fatal August of 1914. We live in a similar era of “history is over and everybody is happy.” See above. In August 1914, Germany’s major trading partners were Britain and France, as well as the US. There were people who believed that democracies that did business with each other never went to war. Sound familiar ?

UPDATE: I am not the only one thinking about this, of course. Here is another version. I worry less about China as a geopolitical rival to the US but a China Japan conflict would not be impossible.

The Telegraph has an excellent piece on the present world situation.

As we look forward to the First World War commemorations, three stark conclusions are hard to refute. First, that in the course of this century we will need a great deal of luck to avoid a nuclear catastrophe. Second, that the Enlightenment has failed. Third, that this can all be traced back to the Great War.

As a result of the Enlightenment and the Industrial Revolution, it seemed that mankind might make a decisive break with the scarcity and oppression that had characterised previous eras. There was, admittedly, one early warning. The French Revolution proved that a radical reconstruction of society on abstract principles was likely to end in tyranny and bloodshed. But after 1815, the 19th century developed into one of the most successful epochs in history. Living standards, life expectancy, productivity, medicine, the rule of law, constitutional government, versions of democracy – there was dramatic progress on all fronts, and in the spread of civilisation across the globe.

The French Revolution is the source of almost all leftist thought in this century. The beginning of the Revolution saw many French nobles, especially young ones, joining the bourgeoisie in its objection to the rule by an aristocracy. Once the hungry radicals, like Maximilien Robespierre , a provincial lawyer from Arras a small provincial town, took control, the young nobles were doomed. The fact that Arras drew much of its wealth from trade did not impress Robespierre.

The patronage of wealthy cloth merchants ensured that the town became an important cultural centre, with major figures such as the poet Jean Bodel and the trouvere Adam de la Halle making their homes in Arras.

He might almost have said, “They didn’t build that.” Robespierre was impressed by philosophers of the Enlightenment, especially Rousseau. They were into the “Noble Savage.”

Influenced by 18th-century Enlightenment philosophes such as Rousseau and Montesquieu, he was a capable articulator of the beliefs of the left-wing bourgeoisie. His supporters called him “The Incorruptible”, while his adversaries called him dictateur sanguinaire (bloodthirsty dictator). His reputation has gone through cycles. It peaked in the 1920s when the influential French historian Albert Mathiez rejected the common view of Robespierre as demagogic, dictatorial, and fanatical. Mathiez argued he was an eloquent spokesman for the poor and oppressed, an enemy of royalist intrigues, a vigilant adversary of dishonest and corrupt politicians, a guardian of the French Republic, an intrepid leader of the French Revolutionary government, and a prophet of a socially responsible state

The leftist fans of Robespierre helped to bring about the collapse of the French in 1940.

Then one of the scourges of modern life struck and killed. In 1888, Frederick III became Emperor of Germany. Queen Victoria’s son-in-law, he was a thoughtful man who had an easy relationship with his English relatives. By temperament he was a constitutionalist, a liberal and no enthusiast for militarism. As he had served in the field with distinction, Frederick could have mobilised the prestige to justify his pacific inclinations.

The death of Frederick was tragedy for the world. Ironically, his English wife insisted on English physicians to care for her husband while Germany was the home of advanced medical care at that period. Frederick died, of cancer of the larynx, leaving his unstable son, Wilhelm, on the throne of Germany.

It was not to be. Already in the grip of cancer when he ascended the throne, he lived for only 99 days. There is an irony. Frederick, not a blood relation, would have had much in common with Prince Albert. The new Emperor, William, Albert’s grandson, was more like some of the worst Hanoverian princes. Envious and insecure, he was a strutting little ponce of an emperor: Kaiser Sarkozy.

I would not compare Wilhelm to our present president any more than I would compare Obama to Robespierre. Still, there is an advantage to moderation in politics and international affairs. Obama is not known for moderation except in confronting our enemies.

By 1945, Europe was staring into the abyss, and we know what Nietzsche said: “If you stare into the abyss for long enough, it will stare back at you.” The stare was broken, the Third and final war avoided, not by a reassertion of civilised values, but by the atom bomb. Mankind survived because of mutually assured destruction.

I agree with this sentiment. We are now in an era when our adversaries are not rational actors, just as we faced in 1938. The Soviet leaders may have been corrupt but they were rational.

Apropos of atomic weapons, there is another terrible thought. If Hitler had not been anti-semitic, he would have won the Second World War. Instead of dismissing atomic/nuclear physics as “Jewish science”, suppose he had persuaded enough Jewish scientists to work for him? He would almost certainly have had the Bomb first. But anti-semitism was at Hitler’s black and evil core. In the bleak midwinter, why do we need ghost stories to provide a frisson of pretend horror, when real horror is available in unlimited quantities just by contemplating the last 100 years?

Does anyone else have a chill reading that sentence ?

As it is, we have the two Ps, and mutually assured destruction is breaking down. It worked during the Cold War, and it has worked between India and Pakistan. Could it work between Israel and Iran? Could the Iranians be trusted not to hand some stuff out at the back door? For that matter, is it inconceivable that there could be a seepage from Pakistan? What about miniaturisation? A couple of hundred quid in a high-street computer shop will buy you something more powerful than the Pentagon’s computer resources 40 years ago. All other forms of technology are becoming smaller, cheaper and more accessible. Is nuclear weaponry really immune from that?

The “two Ps” are Pakistan and the Palestinians. We live in an incredibly dangerous era and we are seeing an American president who does not understand geopolitics. God help us.

Once again, I apologize for my pessimism and hope I am wrong.

27 thoughts on “The Next World War”