UPDATE: I don’t seem to be the only one worried about a 1914 situation.

China’s current coercion of Japan over the islands is but a symptom of a larger illness in the international system. China has been leveraging its naval modernization to increase its movements through the seas and choke points surrounding Japan to break out into the Pacific. Last November, for example, flotillas of People’s Liberation Army (PLA) Navy destroyers and submarines backed by air power encircled Japan for the first time, as PLA officers bragged about splitting and demolishing the first island chain. China is changing the regional balance with little resistance from the United States. Counter to Chinese public claims of surprise at a U.S. “overreaction,” recent discussions with Chinese officials over Beijing’s December air defense identification zone announcement suggests that the United States’ response was much weaker than the response the Chinese leadership had expected.

Last month I posted an observation that another world war may be coming. I noted that this summer is the 100th anniversary of the First World War and that the present situation is similar to that which preceded the 1914 war. I may not be the only one.

I concluded last month’s post as follows: The “two Ps” are Pakistan and the Palestinians. We live in an incredibly dangerous era and we are seeing an American president who does not understand geopolitics. God help us. 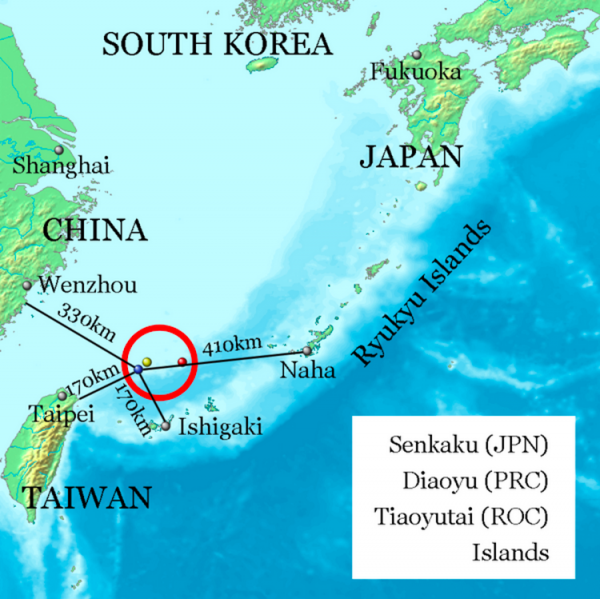 A recent column provided from someone attending the Davos Economic Forum discusses yet another potential fuse that is sputtering.

During the dinner, the hosts passed a microphone around the table and asked guests to speak briefly about something that they thought would interest the group.

One of the guests, an influential Chinese professional, talked about the simmering conflict between China and Japan over a group of tiny islands in the Pacific.

We live in an era in which the US elites are largely ignorant of history and of other peoples. In the 1930s, President Roosevelt had spent summers bicycling around Europe before he suffered the attack of Polio in 1920. President Eisenhower had, of court, commanded the armies in World War II. He knew intimately most of the people who mattered in the world. We now have a president who does not know how little he knows about the world. He thinks a few years as a child in Indonesia make him a expert in international relations. His inner circle describes him as the smartest man ever to become president.

There is little evidence to support it. Mr. Obama went to Harvard, but so did George W. Bush, who some liberals consider dumber than dirt. The president won’t release his transcripts, so we can’t judge by his grades. Mr. Obama was president of the Harvard Law Review, but when he was selected, popularity mattered more than scholarship.

Mr. Obama joined an undistinguished law firm, where he tried no cases. So no help there.

Many cite the president’s oratorical skills, but he often rambles when he speaks without a teleprompter. That’s because his brain “is moving so fast that the mouth can’t keep up,” wrote Meghan Daum of the Los Angeles Times.

Most telling is the following exchange:

Barack Obama is the smartest man with the highest IQ ever to be elected to the presidency, historian Michael Beschloss told radio talk show host Don Imus in November of 2008.

“So what is his IQ?” Mr. Imus asked. Mr. Beschloss didn’t know. He was just assuming.

We are all guessing but some of us think we know. Obama thinks we need Arabic translators in Afghanistan.

Obama posited — incorrectly — that Arabic translators deployed in Iraq are needed in Afghanistan — forgetting, momentarily, that Afghans don’t speak Arabic.
“We only have a certain number of them and if they are all in Iraq, then its harder for us to use them in Afghanistan,” Obama said.
The vast majority of military translators in both war zones are drawn from the local population.
Naturally they speak the local language. In Iraq, that’s Arabic or Kurdish. In Afghanistan, it’s any of a half dozen other languages — including Pashtu, Dari, and Farsi.

Oh well. That is over and we have new problems.

The Chinese professional acknowledged that if China asserted control over the disputed islands by attacking Japan, America would have to stand with Japan. And he acknowledged that China did not want to provoke America.

But then he said that many in China believe that China can accomplish its goals — smacking down Japan, demonstrating its military superiority in the region, and establishing full control over the symbolic islands — with a surgical invasion.

Remember that Austria planned to punish Serbia for the assassination of Archduke Ferdinand who was shot by Serbian conspirators. How did that end ? One of the reasons for the appeasement of the 1930s was to avoid a war by mistake.

“Do you realize that those islands are worthless pieces of rock… and you’re seriously suggesting that they’re worth provoking a global military conflict over?”

The Chinese professional said that, yes, he realized that. But then, with conviction that further startled everyone, he said that the islands’ value was symbolic and that their symbolism was extremely important.

Challenged again, the Chinese professional distanced himself from his earlier remarks, saying that he might be “sensationalizing” the issue and that he, personally, was not in favor of a war with Japan. But he still seemed certain that one was deserved.

I wish we had a competent president instead of a narcissistic fool.

Gideon Rachman of the Financial Times tweeted the following about an interview with Shinzo Abe, the Prime Minister of Japan. In case you’ve forgotten, 1914 is when World War 1 started.

Just interviewed Shinzo Abe @Davos. He said China and Japan now are in a “similar situation” to UK and Germany before 1914.