I have been a student of Greek history for many years. When I was a medical student and later a surgery resident, I kept a copy of J.B.Bury’s “History of Greece to the Death of Alexander”

on my bedside table as reading material for relaxation. I have read it several times.

Another source of pleasure has been the novels of Mary Renault, the pen name of Eileen Mary Challans. Sh wrote a series of historical novels which won awards and which provided a more intimate view of Greek society in the classical era. Some of her novels provide a more sympathetic view of homosexuality than I have found anywhere else but that is not the attraction. Her history sounded like something written by one who lived it.

Another favorite novelist is Helen MacInnes who wrote novels of adventure set in and after World War II. Two of them were about places in Greece and one of those, Mykonos, is a favorite spot. 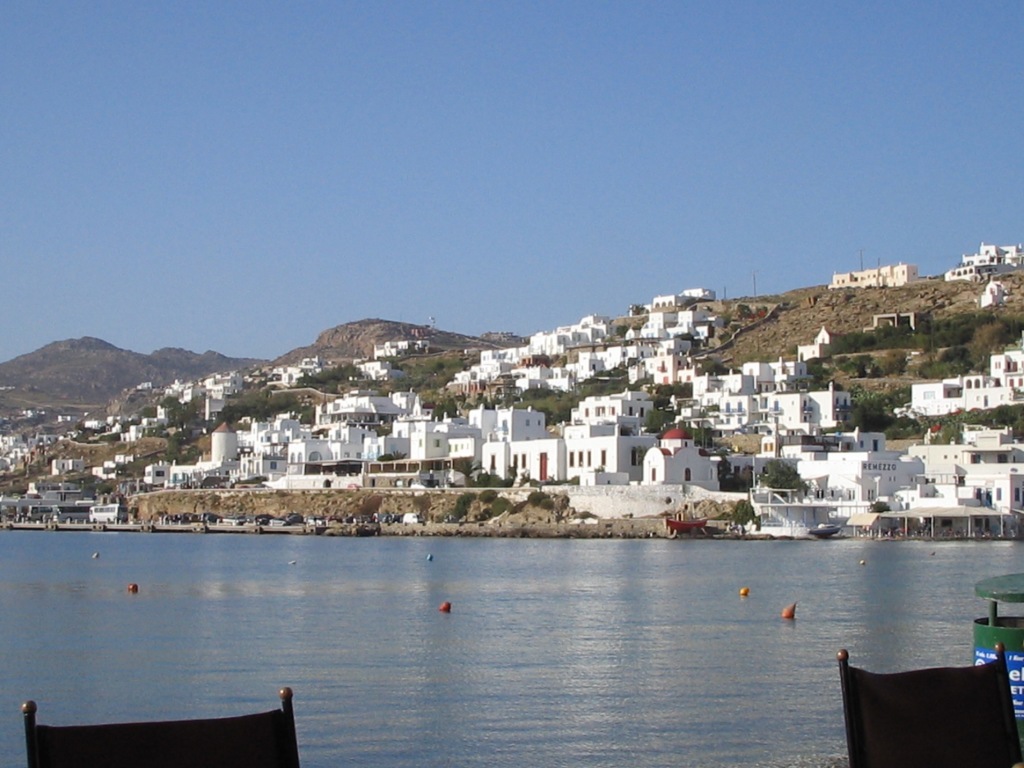 Her novel describes this harbor and, while a new cruise ship terminal has replaced some of her story, the harbor looks just as she described it. 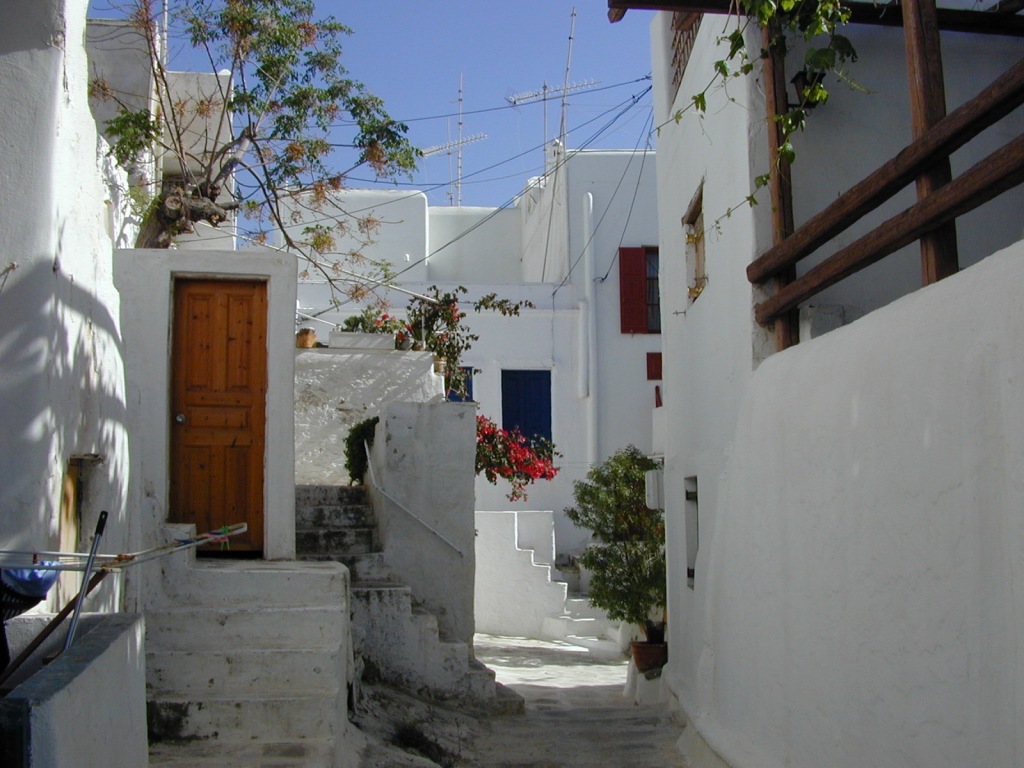 The story, titled “The Double Image”

describes a tiny square in the town that sounds exactly like this one looks.

We are looking forward to this trip with some trepidation, however. Why ? Because Greece may be heading into serious trouble.

Since December, Greeks have been preparing for a weekend such as this, pulling more than 30 billion euros out of banks. Week after week, the Bank of Greece borrowed banknotes from the rest of the continent to replenish this hoarding of the one asset Greeks still trust — cold, hard cash. Its liabilities to the rest of the euro area for the excess physical cash it has to put into circulation quadrupled between December and April, the last month for which there’s available data.

In November of 2012, there was rioting in Athens and it was about proposed austerity.

On the same day that Greece’s parliament passed harsh new austerity measures as part of a multi-billion euro rescue package, workers cleared wreckage from burned-out buildings damaged during a round of intense riots the day before.

The unpopular bailout deal requires dramatic cuts in wages, pensions and jobs, according to Reuters, and Sunday’s protests saw the worst violence in Athens in years.

Since those riots, a new radical leftist government has been elected that has vowed to defy the EU and austerity.

Greece’s new leftist government opened talks on its bailout with European partners on Friday by flatly refusing to extend the program or to cooperate with the international inspectors overseeing it.

The politically unpopular policy of privatization to help cut debt is one of the conditions of Greece’s 240-billion-euro bailout that has imposed years of harsh austerity on Greece.

Now, the moment of truth approaches and what will happen ?

Everything comes together on Monday [Monday June 22 !]. Greek Prime Minister Alexis Tsipras, back from a visit with Vladimir Putin in St. Petersburg, will spend his weekend coming up with a proposal to take to a Monday showdown with euro-area leaders.
A deal there is key. The bailout agreement that’s kept Greece from defaulting expires June 30. That’s the day Greece owes about 1.5 billion euros to the International Monetary Fund.
In an interview published Saturday in Brussels-based l’Echo newspaper, Greek Finance Minister Yanis Varoufakis warned that the ruling Syriza party could be replaced by neo-Nazis if Greece ends up defaulting and leaving the euro.

This may be standard leftist scare tactics but what will happen ? We have planned the trip to anticipate potential trouble in Athens. I have been to Athens before and have been to the Acropolis and the Parthenon. 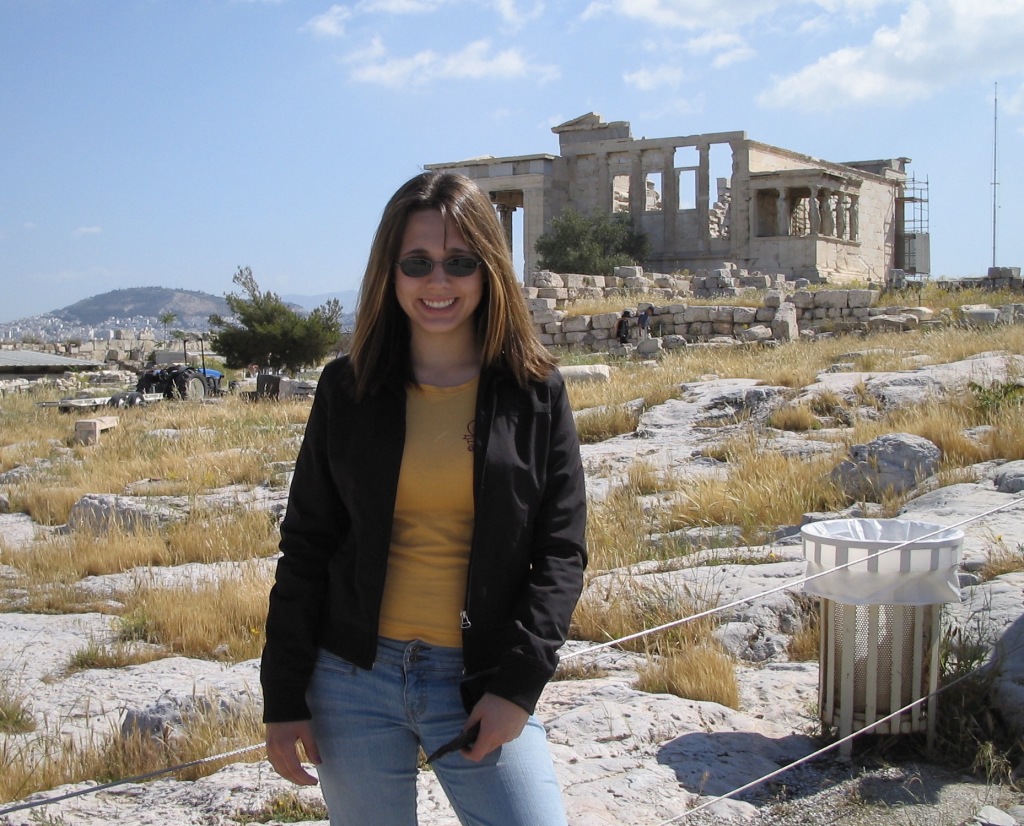 Annie much more photogenic than I am and this was taken when she was 14 and standing on the Acropolis.

The plan is to fly to Athens and then spend only two nights there. I have planned a side trip to another place described in one of Helen MacInnes’ novels, Decision at Delphi, which is set soon after World War II and describes Sicily as well as Athens and Delphi. Delphi is quite high in the mountains north of Athens and involves some climbing so we will spend most of that time in the Delphi Museum.

Important finds included sculptures from the Temple of Zeus, the Nike of Paeonius, the Hermes of Praxiteles and many bronzes. In total 14,000 objects were recorded. The finds were displayed in a museum on the site.

Today, the Museum contains treasures from those excavations. 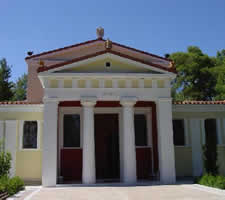 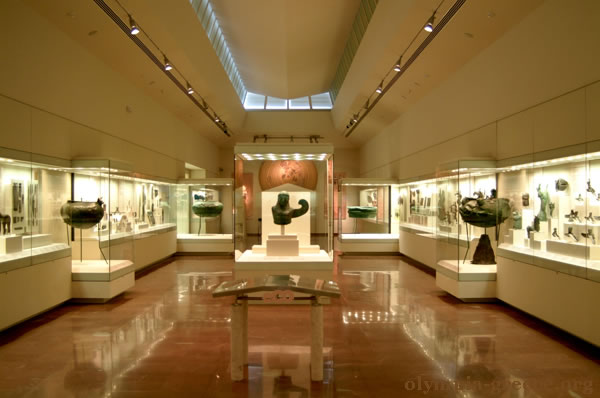 And the interior with the exhibits. The trip can be made in a day and I have made arrangements. 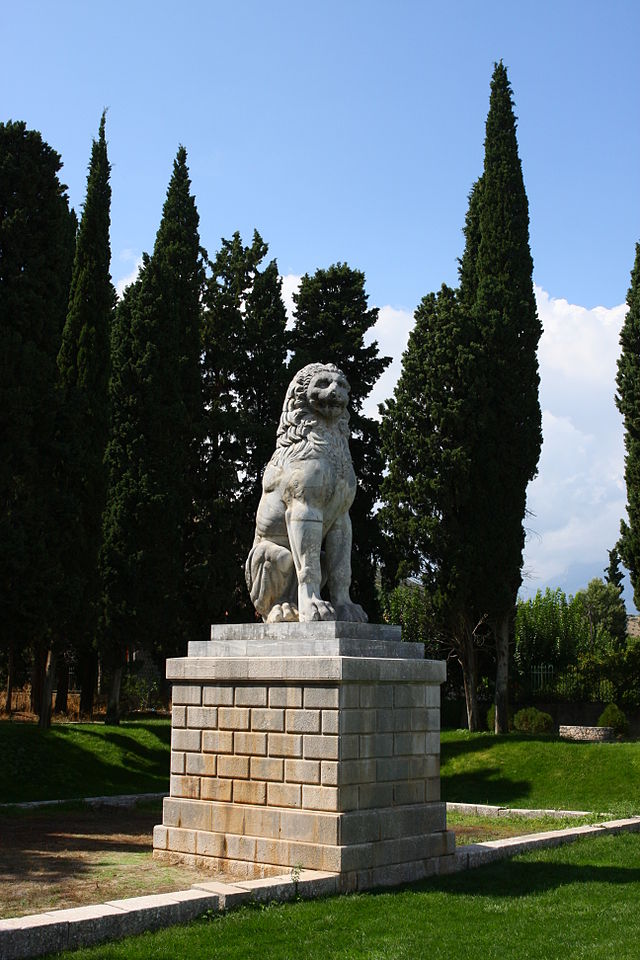 On the way to Delphi, I want to make a short side trip to see the Lion of Chaeronea. This statue was erected over the common grave of the Sacred Band of Thebes. This was a unit of sworn lovers, probably all homosexual but in the fashion of classical Greece in which women were closely held in harem-like seclusion and men tended to adopt a pattern of an older man with a younger boy which might be merely sexual or it might be a sort of apprenticeship in arms. The Sacred Band had never been defeated in battle until that day, August 2, 338 BC. On that day, the Sacred Band was annihilated by the army of Philip II of Macedon, the father of Alexander the Great. The Band was buried in common grave and the lion statue erected over their grave. It was found by British tourists around 1900 and excavated and restored. Beneath the site were found the skeletons of nearly 300 men. 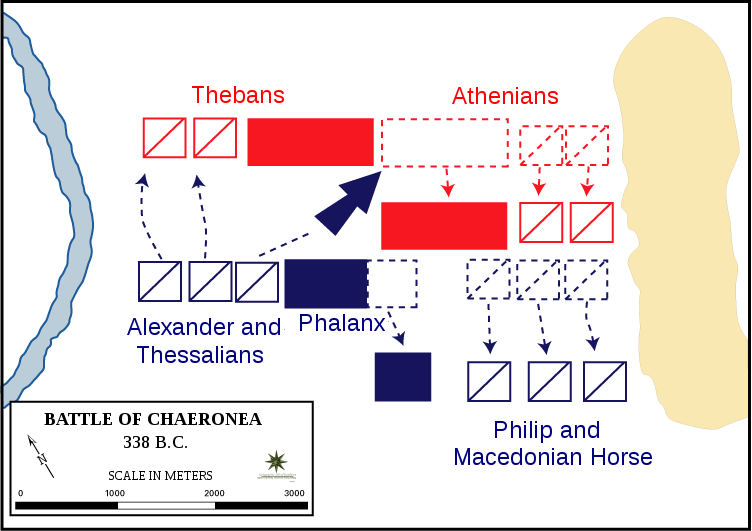 The battle,according to accounts which survived, was won when the Macedonians’ right flank conducted a sudden retreat, drawing the Athenians out of line. The Sacred Band was destroyed holding the line. I want to see their grave.

After that day trip, we plan to fly to Thessaloniki, a city east and north of Athens to visit the tomb of Philip II, the father of Alexander and winner of the battle of Chaeronea. 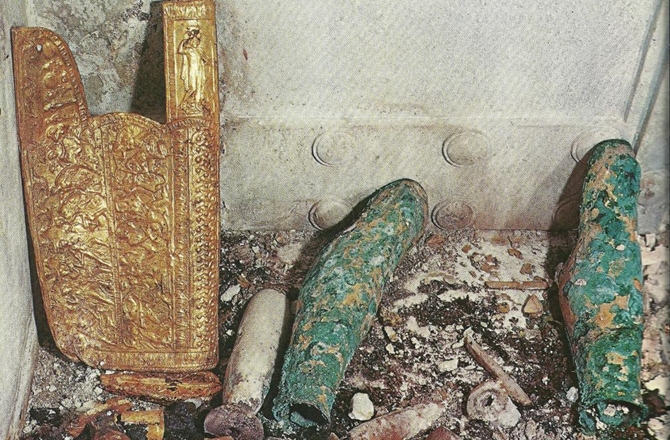 The tomb, itself, is well preserved and restored. The town of Vergina is near Thessaloniki and too far from Athens to drive in a day.

From Thessaloniki, we will fly to Crete and spend a few days near the Palace of Knossos and its museum. 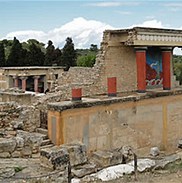 The museum and the palace ruins should keep us busy for five days, then we fly back to Athens for one night and catch our flight to London and home the next day.

Or so the plan goes. I hope we don’t have to cancel. I have postponed this since last winter to watch the Greek situation.

15 thoughts on “Planning a trip to Greece in September.,”