We spent today at Ypres an the huge military cemeteries from the battles of the Ypres Salient.

This was an early battle of WWI and the “first battle of Ypres” occurred at the end of “The Race to the Channel.” I have read a bit about the First World War but it really comes home when you are standing the place that consumed the British youth in 1914 to 1918. The First Battle ended the Race to the Sea and began the trench warfare of the next four years.

We visited the “Sanctuary Wood Museum today, and I took some photos of the trenches which were preserved all these years by then owner of the small cafe where we had a beer.

Recent highway construction, which has now been suspended, has bodies buried in a trench during the war, which are preserved.

The bodies of 21 German soldiers entombed in a perfectly preserved World War One shelter have been discovered 94 years after they were killed.
The men were part of a larger group of 34 who were buried alive when a huge Allied shell exploded above the tunnel in 1918, causing it to cave in.
Thirteen bodies were recovered from the underground shelter, but the remaining men had to be left under a mountain of mud as it was too dangerous to retrieve them.
Nearly a century later, French archaeologists stumbled upon the mass grave on the former Western Front in eastern France during excavation work for a road building project.

The road building has been suspended for now but every construction project in this area uncovered evidence of war dead. Today we visited an enormous memorial for the war dead whose bodies were never recovered. It is called the Menin Gate Memorial and the names of 54,000 dead are posted on the walls representing most of the dead from the Ypres Salient who could not be identified. 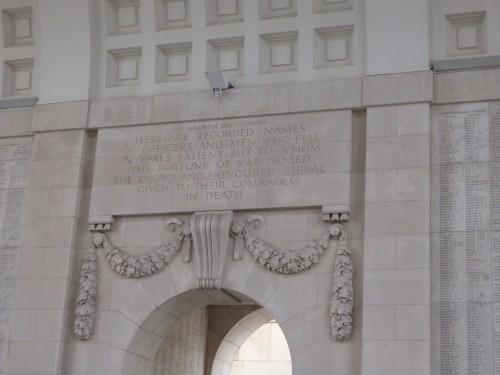 The sheer number of dead whose bodies were destroyed, or lost, is staggering.

The city of Ypres (pronounced by our hosts as “eep” has been rebuilt as it was destroyed in the war. 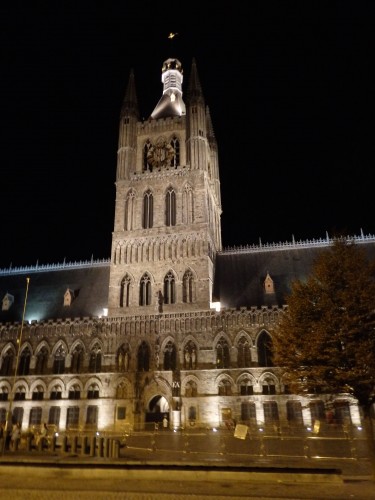 The cathedral was rebuilt from a stump of the tower. The bottom 20 feet to so was protected by rubble and is in better shape. The entire city was rebuilt completely. 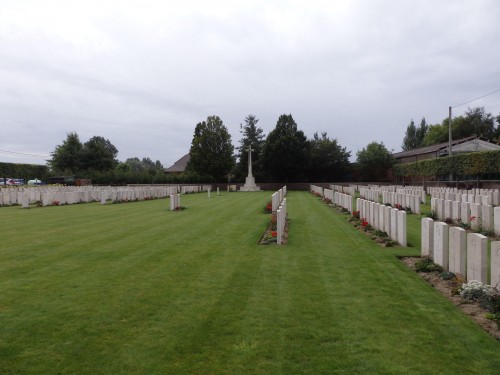 The city is surrounded by British war cemeteries of which there are about 150, each with about 500 to 1,000 graves. 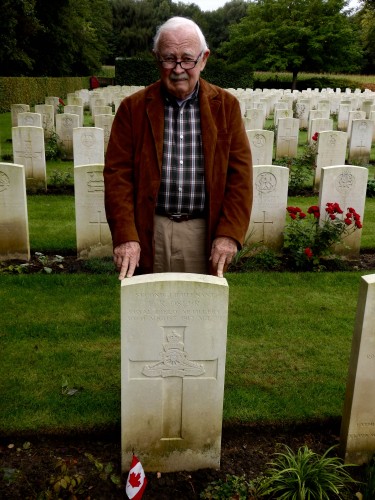 One grave that particularly interested me was that of Sir William Osler’s only son who was killed by shrapnel while serving as an artillery officer in 1917. His fathers friends had tried to save him and his last words, reflecting many young men who were wounded, “Surely this (wound) will get me home. ” His last words.

Today, we arrived at Brussels and will do some touring tomorrow of the Waterloo Battlefield. We passed on the road one of Wellington’s battle fields from the 18th century.

The TV tonight is all about the “refugees” which we saw a few of today in Brussels.

6 thoughts on “A Day at Ypres”