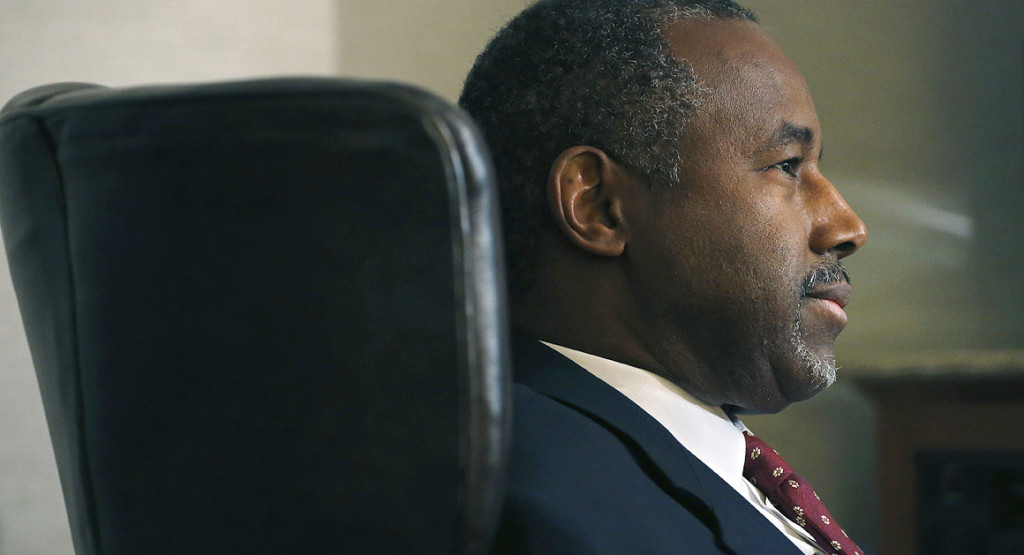 This past week, the leftist media has gone after Carson like he was threatening the Democrats’ hold on the black vote, which is what I think is happening.

First, Politico accused him of lying about a scholarship to West Point. They have had to retract much of this story and it seems fatally flawed.

Editor’s note: POLITICO stands by its reporting on this story, which has been updated to reflect Ben Carson’s on the record response. The original story and headline said that Carson’s campaign had admitted he “fabricated” a “full scholarship” from West Point, but now Carson denies that his campaign’s statement constituted such an admission, and the story and headline were changed to reflect that. POLITICO’s reporting established that Carson said he received a “full scholarship” from West Point, in writing and in public appearances over the years — but in fact he did not and there is actually no such thing as a “full scholarship” to the taxpayer-funded academy.

This, of course, is nonsense and Politico is taking flak from all over about it. Carson was a high achieving high school member of the Junior ROTC who had sky high SAT scores in 1969 (Not to mention being black). Most reporters have never had the experience of being solicited by universities but I have and I’m sure Carson’s story is true.

According to a tale told in his book, “Gifted Hands,” the then-17 year old was introduced in 1969 to Gen. William Westmoreland, who had just ended his command of U.S. forces in Vietnam, and the two dined together. That meeting, according to Carson’s telling, was followed by the offer of a “full scholarship” to the military academy.

West Point, however, has no record of Carson applying, much less being extended admission.

This is irrelevant. Carson was offered an appointment and others have had a similar experience. His JROTC membership makes this especially likely as 1969 was the end of the Viet Nam war and a low point for the US military.

Other controversies have been the obsessive focus of the press for a week.

In his book Gifted Hands, Carson relates that, in his youth, he had a violent temper. He said he once tried to hit his mother over the head with a hammer over a clothes dispute and, that while in the ninth grade, he attempted to stab a friend who had changed the station on the radio; the blade broke in his friend’s belt buckle. After this incident, Carson said that he began reading the Book of Proverbs and applying verses on anger.

Again, there is no evidence that this is untrue and it happened 50 years ago. Carson has given many talks on religion and motivation and his personal story gives this force.

The latest is his story of the pyramids being used by Joseph of the Bible to store grain. This is quoted by many as evidence of mental derangement.

Even if it is true that Obama’s ties to radical left-wingers were more relevant than Carson’s kooky pyramid theory, I want to hear about any strange notions Carson has propounded in his years as a public figure. Does he study the facts of the real world and process them accurately and make appropriate conclusions? If not, I don’t want him making the decisions that will affect us all.

I am not a religious person and spent quite a bit of time in college thinking about my beliefs. Among other books, I read Albert Schweitzer’s “In Quest of Historical Jesus.” Eventually, I could not make up my mind and while I lean toward disbelief, I consider myself an agnostic.

Carson is quite religious and is a member of a faith, Seventh Day Adventists, with which I am pretty familiar and which is particularly well represented in medicine as the members are often physicians.

Today I ran across what may be the origin of his discussion of The Pyramids used as grain storage by Joseph of the Bible.

The identity Joseph in Egyptian history is debated, but some scholars identify him with Imhotep, who was the vizier during the Third Dynasty under Pharaoh Netjerikhet (also calledDjoser / Zoser).

Imhotep is perhaps the most highly acclaimed vizier in Egyptian history, having designed the first pyramid; the Djoser Pyramid (also called the Step Pyramid). This Pyramid has a large vertical shaft under it and the complex contains many similar structures that seem to have been used to store grain, hence the connection to Joseph. Imhotep is also credited with having saved Egypt from a seven year famine (see Famine Stele).

The “Famine Stele is a rock with the following inscription:

I was in mourning on my throne, Those of the palace were in grief, my heart was in great affliction. Because Hapy [the river god] had failed to come in time in a period of seven years. Grain was scant, Kernels were dried up, kernels were dried up, scarce was every kind of food. Every man robbed his twin, those who entered did not go. Children cried, youngsters fell, the hearts of the old were grieving; legs drawn up, they hugged the ground, their arms clasped about them. Courtiers were needy, temples were shut, shrines covered with dust, everyone was in distress

Is this real and does it matter in the story told by Dr Carson ? I don’t know but I would not be surprised if this is the source of his mention of Pyramids. The Egyptian government does mention the stele as a tourist attraction.

I have no idea if the theory of the shaft under the step pyramid was ever used for grain. There is a comment that the shaft, which was used as a burial chamber, is square unlike other pyramid burial chambers.

I bring this up as the media frenzy over Dr. Carson’s statements seems to be continuing. One consideration is that believing Christians have many beliefs that may be ridiculed by atheists and may be hard to prove but black churches number very many among those believers. This whole ploy by the Left to discredit Carson may blow up in their collective faces. They fear he may weaken their hold on the black vote, then they ridicule the beliefs of many black voters. Carson is lucky in his enemies.

Most absurd of all is Carson’s assertion — supported by an amen chorus of prominent conservatives — that Republicans are generally subjected to tougher vetting than Democrats. This supposedly explains why Carson is being raked over the coals while President Obama somehow was given a free pass eight years ago.

Not really but you just keeping reminding black voters of all this, Gene.

22 thoughts on “Ben Carson and his stories.”