[Update (2008.11.1.18:49): It appears that “the Stranger” took down the offending page and redirected the link to “The Drudge Report”. I can’t find a cached version of the page. This is a blog entry at the paper apparently written by the guy who wrote the original offending article.]

“the Stranger” a leftist rag in Seattle, Wa. decided it would be funny to [update: the original page has been removed]  write a supposed review of local haunted houses in which the scariest houses where those that had Republican campaign posters in their yards. [h/t Instapundit] Presumably trying to be thorough, they displayed the addresses of the houses prominently in the article.

I figure that turnabout is fair play, so I did some Internet research and found the address of the paper’s editorial director.

His Wikipedia entry is a hoot, especially the part about licking doorknobs.

The paper itself is at:

If a reader in the Seattle area would like to swing by and take pictures, we could post those, you know, just to be thorough.

[Update (2008.11.1.19:07): Just to be clear, the problem here arose from the ability of a media outlet to focus the attention of an entire community (tens of thousands of individuals in the case of this paper in Seattle) onto one or two people and then to single those people out as evil. They neglected to take into account that some unstable person might decide to act out the hatred in the article. The media demands special privileges but with those privileges come responsibilities.] 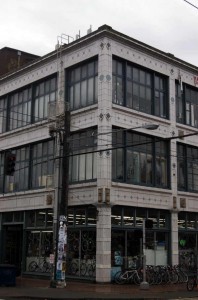 Here’s close up of their door (it looks kind of seedy). 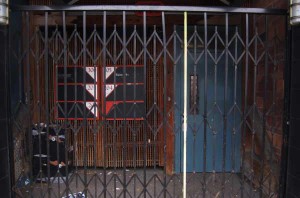 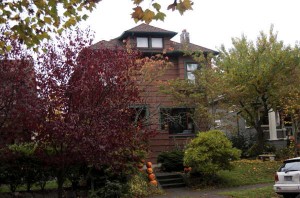 Lastly let me just reprint these thoughts about the morality of putting up these addresses and photos of the houses of people you disagree with politically:

And for anyone who thinks we secretly want somebody to go vandalize those houses—seriously, don’t. It was just a joke.

I could not have put it better myself.

9 thoughts on “Tit for Tat”