My friend Cath Styles, who has been developing an iPad playable version of my HipBone Games under the name Sembl for the National Museum of Australia, made a point I’ve been trying to make for a while now, with sweet lucidity, in a recent blog post:

A general principle can be distilled from this. Perhaps: In the very moment we identify a similarity between two objects, we recognise their difference. In other words, the process of drawing two things together creates an equal opposite force that draws attention to their natural distance. So the act of seeking resemblance – consistency, or patterns – simultaneously renders visible the inconsistencies, the structures and textures of our social world. And the greater the conceptual distance between the two likened objects, the more interesting the likening – and the greater the understanding to be found.

That’s absolutely right, and it gets to the heart of my games and analytic practice — to see and acknowledge both parallelisms and differences, oppositions…

Similarly, in the example illustrated above, Cath shows two items from the Museum collection that were juxtaposed by players of an early version of her game, and writes:

the Sembl players who linked the above branding iron to the breastplate – because both are tools for labeling bodies – cast new light on the colonial practice of giving metal breastplates to Aboriginal people.

Since the essence of my own analytic style (and that of HipBone and Sembl games) is the recognition of parallelisms and oppositions, I was particularly interested to see one group of early Tea Party folk reaching out to the emerging Occupy movement. Here, then, are two posts in which we can see the beginnings of recognition that there may be a kinship between the two…

You know what the “Occupy Wall Street” movement is?
.
It is all the things that were in the original Tea Party, but were steadily ignored as the TP became a Republican booster club.

That comes from a post on FedUpUSA, a site with the Gadsden flag as its web-logo that was [as “Market Ticker”], one of the founding orgs behind the TP. It’s from someone who identified as a Libertarian Party activist.

An Open Letter From FedUpUSA To Occupy Wall Street Protestors All Over The Country:

This is a letter to OWS from FedUpUSA, one of the original Tea Parties:
.
We support you in exercising your First Amendment Right. We are outraged that any peaceful demonstrator would be assaulted or abused by any authorities.
.
If you are protesting because there are no jobs— We stand with you.
.
We are for a free economy and recognize that what we have now is NOT a free economy; it is not capitalism what we have is a fascist state or crony-capitalism. There is nothing free about doing business with Countries that manipulate their currencies to attract cheap labor. We agree that these jobs need to come back to America.
.
If you are protesting because no one has gone to jail— We stand with you.
.
Regardless of what is being said from the white house and media, we know that there are many in the financial district and the banks that have committed fraud and outright theft and we too want to see them prosecuted. We support the stop looting and start prosecuting.
.
If you are protesting because everything costs more— We stand with you.
.
We see prices rise in our food, gas, clothes yet our wages have stayed the same or have decreased. The Federal Reserve has bailed everyone out but us and not only are we going to have to pay for that, those bailouts make the price of everything else go up because it devalues our currency. We support monetary reform.
.
If you are protesting because you are tired of our bought and paid for government on both sides— We stand with you.
.
We are also against the banks and big corporations buying our politicians and writing laws that favor their special interests. We understand that our economy is broken BECAUSE of this and that all of our other issues will never be addressed as long as the financial elite control OUR government.
.
We understand that these issues cross party lines and ideologies and effect each and every one of us. We also understand that these issues will never get fixed as long as we continue to let the media, the elite, and members of the government separate us by our differing ideologies.
.
Only Together, can we Implement Change
.
It is time, We Americans, put our ideologies in our back pocket and not let them separate us so that we can work together for this ONE COMMON GOAL: to get the special interest money and elite out of OUR Government and return it to US — the people.
.
As long as the banks, largest corporations, and wealthy elite control our government, we will never have a representative republic and laws will continue to be passed that only benefit the few 1% at the expense of us 99
.
Demand that NOT ONE MORE LAW gets passed until they pass:
.
Lobby reform:
.
It is a Federal Offense punishable by a minimum 5 years in prison to:
.
Lobby any member of the US Congress outside of the district you live, work, or own a business.
Lobby a member of congress while they are physically outside the district they represent.
.
Campaign Reform:
.
It is a Federal Offense punishable by a minimum 5 years in prison to:
.
For any one person, corporation, enterprise, group, union or the like, to donate more than $2,000 to any one candidate during one campaign period.
For any member of the media to deny equal access to competing candidates.
.
These two laws will cut the control the Financial elite have on our government by leveling the playing field. You will have just as big as a voice with your representative as the big box retailer that resides in your town. Simply, it will end the Crony-Capitalism that is strangling our economy.
.
I encourage all my fellow Tea Partiers to join Occupy Wall Street protesters in their non-violent, peaceful protests and together demand that the Government be returned to the people. After all, this is precisely what the Tea Party was intended to be before it was taken over and marginalized by the establishment politicians.
.
FedUpUSA.org

What do you think? Do the parallelisms strike you, or the oppositions — or, perhaps, both?

FWIW, Cath’s Sembl version of my game looks like it is going to be a beautiful steampunk affair…

It has been a while since I posted an entry in my “Games of War and Peace” series, but I just came across a quote in Stephen Ulph’s Towards a Curriculum for the Teaching of Jihadist Ideology that brought back memories… 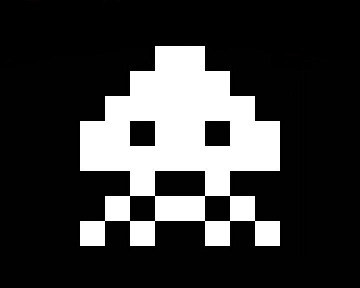 The epigraph to Ulph’s Introduction quotes from Rosie Cowan and Richard Norton-Taylor’s piece, Britain now No 1 al-Qaida target – anti-terror chiefs from the (UK) Guardian of 19 October 2006, and I’ve added a couple of earlier paragraphs for context:

Even though the police and M15 have disrupted terror plots and groups influenced by al-Qaida, they describe the networks as very resilient.

They say there is a frightening number of young men willing to step up and replace those who have been arrested or gone to ground.

“It’s like the old game of Space Invaders,” said one senior counter-terrorism source. “When you clear one screen of potential attackers, another simply appears to take its place.”

I don’t think there’s a deep strategic insight there, the way there may be with Mao and the game of Go, although the question of what drives the continuing recruitment of those young men is an important one.

But I’d like to ask — what other game-related insights do you find of value in understanding contemporary jihadism?