The Fed has confirmed that we are officially in a recession. The actual decline in GDP is higher, though. It is at least -1.6%

What caused the Great Depression? Amity Schlaes’ book “The Forgotten Man” suggests that Roosevelt’s “Regulatory Uncertainty” was a big part of the cause. How were businessmen supposed to plan when policies changed from month to month ? The Roosevelt “Brain Trust” could not decide what might work. Some were good ideas, like the CCC which took young men off the street, helped them get into condition and did many worthwhile projects. Some, like the National Recovery Association, were Fascism which was popular in the 1930s.

Now, we face a disastrous shift in the national focus to imaginary threats like Global Warming. This has become all powerful among politicians because none of them know any science and the science people have become dependent on government funding. Fear is a great driver of government money. Climate science has become a rich field through flogging the unskeptics with fear of global warming. It doesn’t matter that there is no evidence of global warming or any of the other alleged threats. The super rich, like Barack Obama, are still buying waterfront estates no matter what they tell their followers.

Central planning always fails, but the utopian visionaries implementing the plans cannot admit that they are at fault. A scapegoat must be found. As a leading example, when Soviet dictator Josef Stalin’s collectivization of agriculture led to mass starvation, the official blame was placed on “saboteurs” and “wreckers.”

Our current-day analog is the centrally-planned replacement of our very large, inexpensive and highly functional energy system, mostly based on fossil fuels, with the alternatives of intermittent wind and sun-based generation, as favored by incompetent government regulators who don’t understand how these things work or how much they will cost. Prices of energy to the consumer — from electricity to gasoline — are soaring; and reliability of supply is widely threatened.

All of which brings our President forth to blame the current price and supply issues in the energy markets on anything but his own administration’s intentional efforts to suppress the functional fossil fuel energy. One day the scapegoat is Vladimir Putin; another it is “companies running gas stations,” who stand accused of price gouging.

One possible solution is to use the states as experimental laboratories.

With federalism in energy policy, we can have New York forging ahead with its “Climate Leadership and Community Protection Act,” and California doing the same with its SB 100 — both of them seeking to eliminate fossil fuels from the generation of electricity, and then to force all energy consumers to use only electricity for their supply. Will that work? If New York and California are successful, they will be a model for the rest of the country to follow. Congratulations will be in order. If they fail relative to other states — that is, if they see energy prices soar, or frequent blackouts or shortages of needed energy — then it will be obvious to all that it was the green energy that failed, and not that there were “saboteurs” or “wreckers” or “price gougers,” who after all could have attacked the other states as well.

Well the Feds allow this? Probably not with the current regime in power.

Fortunately, the red states are not just going along with this kind of thing any more. This will be a critical battleground over the next five to ten years.

We will see after the election. Many Republicans are in thrall to the climate hoax.

Recently, we have read of energy shortfalls in Germany, the UK and even China. The Chinese energy problems may be contributing to the supply chain issues. What all these stories have in common, with the possible exception of China, is the “Green Agenda.”

Germany’s problems were predicted. The country decided to shut down nuclear power and rely on wind and solar. Relying on solar in Germany’s climate was ludicrous.

Germany’s Energiewende, or energy transition to renewables, is leading to an insecure supply of energy and is affecting the nation’s economy. Germany plans on phasing out all its nuclear plants by 2022 and its coal plants by 2038 in favor of renewable energy, primarily intermittent wind and solar power, which is causing electricity prices to spike and its electric grid to falter. If Germany continues to phase out both coal and nuclear, it will lose the equivalent of 43 percent of 2018 secured output. German electricity prices are already 45 percent above the European average (and 3 times U.S. average residential prices) with green taxes now accounting for 54 percent of household electricity prices.

The Greens are taking down the German economy.Russia and the new pipeline for natural gas cannot supply enough power.

A famous request from Adolf Hitler was also the tile of a book about the liberation of Paris in 1944, and might be a question about the riots of this week by the “Yellow Vests”

There is not a single media report about the Yellow Vest demonstrations in Paris and France that I’ve read or watched that has not been slanted by Fake News.

It has (usually) not been deliberate, I gather, and nobody has said anything factually wrong; what is the problem is the fact that (very) important stuff has been omitted.

It is not wrong to say that the demonstrations were caused by the government’s decision to raise gas prices. What is missing is that this is just one of several draconian measures dating back half a year, i.e., ‘tis the proverbial straw that broke the camel’s back.

It requires someone on the scene to describe what has really been happening.

For the past four to five months, the French government has done nothing but double down on bringing more and more gratuitous oppression and more and more unwarranted persecution measures down on the necks the nation’s drivers and motorcycle riders.

In fact, the imposition of ever harsher rules has been going on for the past decade and a half or so — whether the government was on the right or on the left — and that is why the choice of les gilets jaunes (the yellow jackets) by the demonstrators is particularly ironic.

The 2008 law (under the presidency of Nicolas Sarkozy) requiring the presence of high-visibility vests (gilets de haute visibilité) aka security vests (gilets de sécurité) in every vehicle — hardly an unreasonable rule, for sure, as similar ones exist throughout the continent — was just another example of the myriad of evermore-onerous rules for car and motorcycle owners over the past 15 years, and so the government in effect provided the 2018 rebels with their uniforms.

She has figured largely in the climate debate as a skeptic in global warming.

I have retired from Georgia Tech, and I have no intention of seeking another academic or administrative position in a university or government agency. However, I most certainly am not retiring from professional life.

Why did I resign my tenured faculty position?

I’m ‘cashing out’ with 186 published journal articles and two books. The superficial reason is that I want to do other things, and no longer need my university salary. This opens up an opportunity for Georgia Tech to make a new hire (see advert).

The deeper reasons have to do with my growing disenchantment with universities, the academic field of climate science and scientists.

She has endured considerable abuse from the alarmist side. She is called a “heretic” in the alarmist circles.

over the past year or so she has become better known for something that annoys, even infuriates, many of her scientific colleagues. Curry has been engaging actively with the climate change skeptic community, largely by participating on outsider blogs such as Climate Audit, the Air Vent and the Black¬board. Along the way, she has come to question how climatologists react to those who question the science, no matter how well established it is. Although many of the skeptics recycle critiques that have long since been disproved, others, she believes, bring up valid points 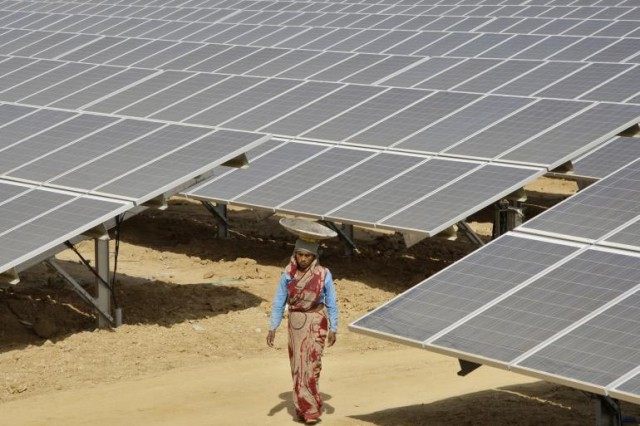 This is a powerful piece on the cost of environmental extremism to the world’s poor.

The soaring [food] prices were actually exacerbated (as the Food and Agriculture Organisation of the UN confirmed) by the diversion of much of the world’s farmland into making motor fuel, in the form of ethanol and biodiesel, for the rich to salve their green consciences. Climate policies were probably a greater contributor to the Arab Spring than climate change itself.

The use of ethanol in motor fuels is an irrational response to “green propaganda. The energy density of biofuel, as ethanol additives are called, is low resulting in the use of more and more ethanol and less and less arable land for food.

Without abundant fuel and power, prosperity is impossible: workers cannot amplify their productivity, doctors cannot preserve vaccines, students cannot learn after dark, goods cannot get to market. Nearly 700 million Africans rely mainly on wood or dung to cook and heat with, and 600 million have no access to electric light. Britain with 60 million people has nearly as much electricity-generating capacity as the whole of sub-Saharan Africa, minus South Africa, with 800 million.

Just to get sub-Saharan electricity consumption up to the levels of South Africa or Bulgaria would mean adding about 1,000 gigawatts of capacity, the installation of which would cost at least £1 trillion. Yet the greens want Africans to hold back on the cheapest form of power: fossil fuels. In 2013 Ed Davey, the energy secretary, announced that British taxpayers will no longer fund coal-fired power stations in developing countries, and that he would put pressure on development banks to ensure that their funding policies rule out coal. (I declare a commercial interest in coal in Northumberland.)
In the same year the US passed a bill prohibiting the Overseas Private Investment Corporation — a federal agency responsible for underwriting American companies that invest in developing countries — from investing in energy projects that involve fossil fuels.