I will be in Britain in three days and have been concerned about what I will find. We have already changed our plans a couple of times. Originally, we were going to Greece, a trip I had planned for years to see certain things I always wanted to see.

As the summer crisis built, I decided that Greece might not be a good place to be. That, of course, was the Greek crisis of its economy and the risk of public unrest. Now, we have a much more serious crisis brought on by Middle East turmoil and massive refugee flows. Experienced people are deeply distressed by what is happening.

All across the Old Continent we are seeing massive flouting of law and order as thousands, tens-of-thousands, maybe more, of so-called refugees flood into Europe and then slosh about from one country to another looking for the best deal. The UK has become a particular target as “refugees” try to make their way to Britain’s generous public benefits. Recall that in a fit of Euro madness the leadership of the UK, traditionally the sole repository of common sense and hard-eyed realism in Europe, agreed enthusiastically with the construction of the absurd Chunnel, putting thereby an end to one of the country’s historic defenses, the sea. What would Drake and Nelson have to say about that?

That Chunnel has become, as one very non-PC English friend told me some years ago in a bar in Sri Lanka, “France’s garbage disposal.” The issue, however, goes beyond the Chunnel. The “refugees” or “migrants” arrive by the thousands every day at Heathrow and quickly claim their benefits–all in line with deranged leftist Labour’s deliberate plan to change the nation’s demographic composition. As almost anybody who has visited London recently can tell you, that most wonderful of cities is now not so wonderful, and has lost its Englishness.

I’ll be there Thursday and will post some observations. We have already decided to avoid the “Chunnel” and the Eurostar train to Brussels.

Videos taken in Europe, especially Hungary, show that the refugees are mostly young men of military age, and that they are refusing food and water offered by well meaning residents and governments. The American newspapers, of course show photos of women and children, not the angry young men. 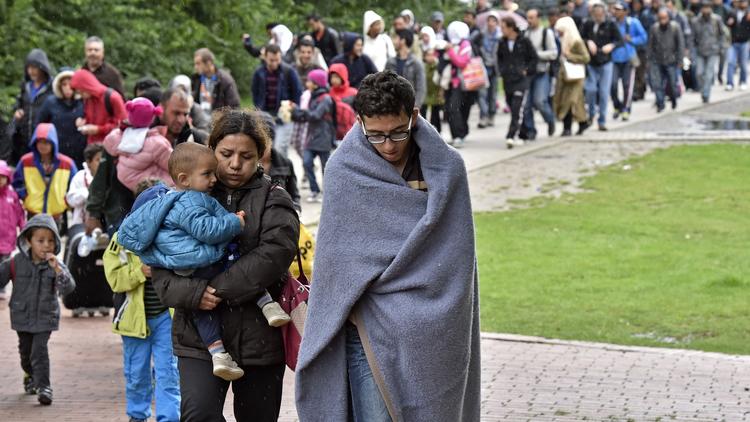 This is an invasion and I am very worried about it. The Sunday talk shows did the same thing the newspapers do, talk about how we “have an obligation” to these people. Maybe Obama has but I don’t. Iraq was stable when he was elected. I don’t think there was ever a chance to make Afghanistan stable in a modern sense and I was opposed to that occupation back to 2009.

Iraq was always a better bet than Afghanistan because it is a rich country and had a modest middle class already. In fact, I think Iraq has a good chance to become the most successful Arab state. On the other hand, I think Afghanistan is a very risky situation.

During Afghanistan’s golden age which consisted of the last king’s rule, the country consisted of a small civilized center in Kabul while the rest of the country existed much as it did in the time of Alexander the Great.

Frankly I think we should have given up on Pakistan.

I will post some comments and photos from Europe later this week. I’m sure we will enjoy our trip and my friends assure me that things are not nearly as bad as the newspapers say. We’ll see.

23 thoughts on “The Refugee Crisis in Europe.”