That’s all very well in practice, but how does it work in theory?

I expect this blog’s readership to demand the theoretical considerations, so here’s a (non-exhaustive) compilation, beginning with a setup anecdote:

In December of 2007 I was briefly—very briefly, as the work was interrupted by a blizzard—involved in rebuilding in Greensburg, Kansas, which had been practically erased from the map seven months earlier by an immense tornado. I had driven through a couple of months after the event and stumbled into a photo-op for Sen. Pat Roberts, who was doing a ribbon-cutting of sorts in a brand new convenience store. The devastation was more impressive than his speech; indeed, people who worked both New Orleans after Katrina and Greensburg after the tornado typically remarked that, allowing for scale, Greensburg was worse.

That was certainly my impression when I showed up to help build a combination thrift store and counseling center. Given that my skill set consists largely of knowing how to sit in front of a computer, it is fortunate that a sizable fraction of all work at any given construction site consists of 1) shifting items around and 2) cleaning. So I spent one full day doing that and gaping at the surrounding square mile or so of bare foundations and tree trunks that were all that remained of a town of 1,400 people. The next morning the team tried to do some work, but near-whiteout conditions soon convinced us to abandon the idea and retreat to the parsonage we’d slept in at Mullinville, a few miles to the west (somewhat renowned for a large folk-art installation). I do not recommend using a porta-potty for, er, both functions during a High Plains blizzard, unless nothing else is available (nothing was, and I tend to be all too regular).

Sometime later—probably the summer of ’08—I was at a retreat up in the Northland, in a pleasant rural setting a few miles east of KCI. Pond, trees, pasture, some kind of rambling lodging with lots of rooms for attendees. Very Psalm 23:1-ish. There were a couple-three otherwise unrelated small groups there, and one of the others included a pastor from Greensburg.

What he said that really stuck with me was that the effect of the tornado was to make the people who were somewhat bad before really bad afterward, and the people who were somewhat good before really good afterward. So it didn’t cause some kind of revival; it just exaggerated everything that was already present. I think of it as being like one of these diagrams. This one is stretched 5x in the vertical. 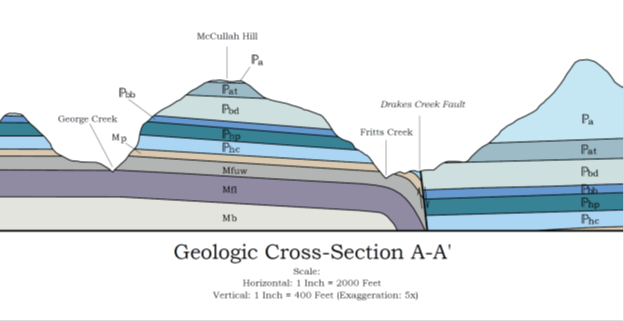 Tornado’s here, kids. You’re going to get stretched. Are you going high or low?

Take x a random or nonrandom variable, and f(x) the exposure, payoff, the effect of x on you, the end bottom line (x is often in higher dimensions but let’s assume to simplify that it is a simple one-dimensional variable).
Practitioners and risk-takers often observe the following disconnect: people (non-practitioners) talking x (with the implication that practitioners should care about x in running their affairs) while practitioners think about f(x), nothing but f(x). Sometimes people mention f(x) as utility but miss the full payoff. And the confusion is at two levels: one, simple confusion; second, in the decision-science literature, seeing the difference and not realizing that action on f(x) is easier than action on x. [my emphasis—JDM]

When it comes to probability, the more nonlinear f, the less the probabilities of x matter compared to those of f. Moral of the story: focus on f, which we can alter, rather than on the measurement of the elusive properties of x.

What is crucial, our limitations of knowledge apply to x, not necessarily to f(x). We have no control over x, some control over f(x). In some cases very, very large control over f(x).
The danger with the treatment of the Black Swan problem is as follows: people focus on x (“predicting x”). My point is that, although we do not understand x, we can deal with it by working on f which we can understand, while others work on predicting x which we can’t because small probabilities are incomputable, particularly in thick-tailed domains. F(x) is how the end result affects you.

… we do not need to understand x as much as our exposure to the risks. Simply the statistical properties of x are swamped by those of f. The point of Antifragile is that exposure is more important than the naive notion of “knowledge”; that is, understanding x.
The more nonlinear f the less the probabilities of x matter in the probability distribution of the final package f.

Our great-grandmothers did understand thick tails. These are not so scary; we figured out how to survive by making rational decisions based on deep statistical properties.

In Greensburg, x was an EF5 tornado, utterly uncontrollable—although they did get something like 25 minutes of warning, an unusually large interval, and one that certainly saved hundreds of lives. What the survivors became in the aftermath was f(x).

Leave chasing down x to the professionals, in this case medical researchers. The rest of, probably including everyone reading this, are amateurs … and I am the most amateur of all. For us, it’s f(x) and nothing else.

The general form of the challenge confronting us is abrupt wide variation in formerly relatively constant phenomena. In Talebian terms, we have migrated from “mediocristan” to “extremistan.” The multiplicative nature of a novel viral pandemic, especially by comparison to the relatively predictable seasonality of influenza viruses, has a thick-tailed (power law) probability structure and complex payoffs (notoriously ranging from large numbers of nearly asymptomatic cases to abruptly life-threatening “cytokine storm” reactions). For detail, see The Fourth Quadrant: A Map of the Limits of Statistics.

My perception of how the living generations in the US are managing the associated risks:

Finally, the messy category of what might be called “purposive” factors, which plug into the OODA loop: 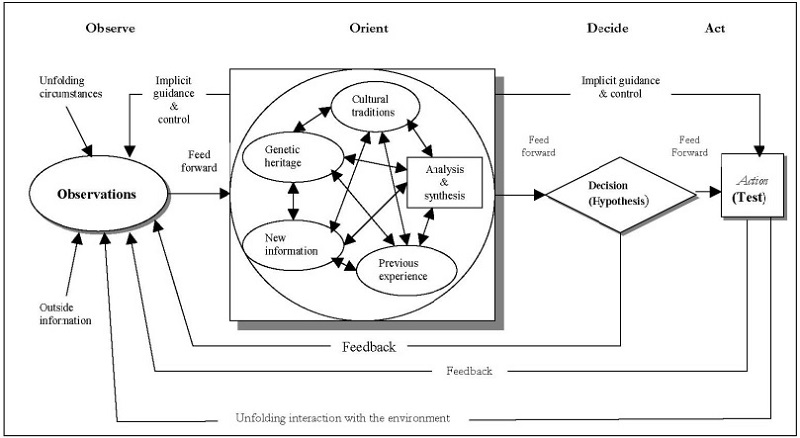 And we’re back to Eric Hoffer: “In a time of drastic change it is the learners who inherit the future. The learned usually find themselves equipped to live in a world that no longer exists.”