I don’t imagine that any sentient human of the center-conservative bent has escaped hearing about how a reporter for the centrist-academic website Quilette had the snot beaten out of him in downtown Portland by the black-clad streetfighters who represent themselves to be anti-fascist. Apparently, this was punishment for Andy Ngo daring to report on their unsavory antics and not being in slavish accordance with whatever political delusion the Antifa-ites hold close to what passes for their hearts. For myself, I prefer to call them the Klantifa, as the natural successor to the KKK as the thuggish arm of local Democrat Party government. (They do the dirty work, while the official Party maintains semi-plausible deniability.)
The Klantifa appear mostly to be a bunch of pasty-faced, dread-locked inhabitants of their parents’ basements with a taste for public live-action role-playing, combined with delusions of street-fighting adequacy whenever they outnumber their targeted opponent at least five to one.

It seems that Ruling Class lackey and unfunny comedian Bill Maher has unburdened himself of a particularly snide monologue this week just past, outlining what he sees as the difference between the residents of blue and red states – to the denigration of the red states, of course. This monologue was delivered to applause and laughter at every line – especially the one about the Blues (AKA – Our Kind, Darling!) having Wolfgang Puck and those lamentable, deplorable Reds only having Chef Boyardee, har, har, har! (We have Paula Deen, the Pioneer Woman, and Guy Fieri … and anyway, isn’t Wolfgang Puck so 80ies? He was a laugh line in Northern Exposure sub-plot involving Adam the anti-social master chef for pete’s sake.) There was also another laugh line, about how we all in flyover country were living in a state of frustrated envy, because the Blues are the British Royal Family, and the Red Staters are Meghan Markle’s dad. 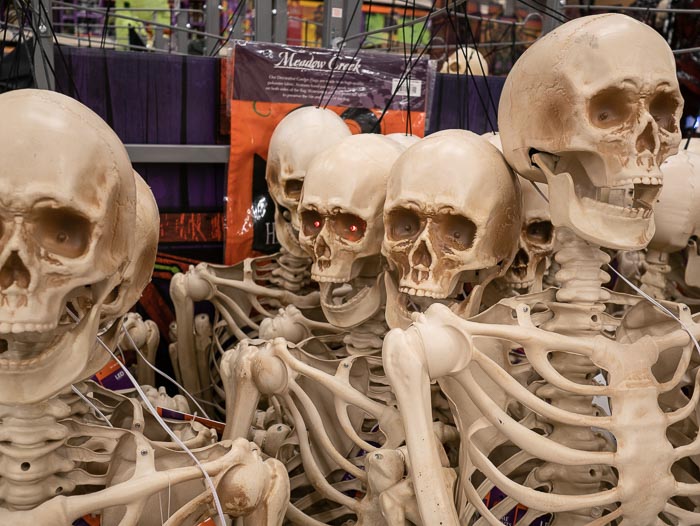 Ah yes, a rousing round of storm and stress this week in our own very dear so-called entertainment media, starting with Rosanne Barr’s self-titled and relaunched sitcom being cancelled with such alacrity that security probably left scorch-marks on the carpet, escorting her off the premises at speed, although I am pretty sure that in Hollywierdland, it doesn’t work quite that way when terminating an unsatisfactory employee. Especially a star player in a recently-revived, highly-rated, and yet – controversial sit-com. Still – it is curious how quick off the mark the sacking was. So Rosanne has always been a bit of a loose cannon … no, reconsider that; a completely unsecured cannon, impulsively driven to fire in all directions on the slightest provocation, up to and acquiring her own foot as target. Calculated or inadvertent – at this point it makes no difference to anyone, really, save perhaps for her costars, now left high, dry and living on residuals.

Inspired by a lovely photo of motherly affection and play, Samantha Bee diminished Ivanka Trump with ugly remarks. Such simplification comes from an ugly perspective, characteristic of the Hollywood that applauded Harvey Weinstein, Kevin Spacey, and Roman Polanski, its politics represented by Ted Kennedy and Bill Clinton. Power is all – in boardroom, bedroom, Congress. Bee’s offensive comments were the quintessential vision of “progressives” and post-modernism – power the essence of any relationship, category the essence of identity.

Raymond, in Gramscian Damage notes that “in the 1930s members . . . got instructions from Moscow to promote non-representational art so that the US’s public spaces would become arid and ugly.” Ugliness begets nihilism begets decline begets suicide. Beautiful (productive, generous, transcendent) ideas are seldom couched in ugly words. The beauty of the individual – a portrait domestic or heroic – is replaced by spiritless representations of the group – the “worker,” “farmer.” Few visions are less likely to produce felicity than seeing familial, parental, spousal relationships in terms of power and “category.” (Nor ones more likely to destroy these bonds.)