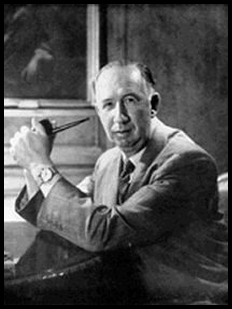 One of my favorite novelists is Nevil Shute. He was an engineer, as was I, plus he writes about people with an ability to show their humanity and their deeper motivations without a lot of explanation. He is the engineer’s novelist, the businessman’s novelist and should be on every list of conservative novelists. I have read all his post-war novels, most of his wartime novels and a selection of his pre-war novels. He died in 1960 and all his books are still in print.

I was a college student when “On the Beach

,” possibly his most famous novel, came out. It scared me so badly that I have not been able to enjoy rereading it, as I have his other books. I was a college sophomore and familiar with his other work at the time. I had read his aviation novel, “No Highway

,” and was aware that the plot device in that book, of metal fatigue causing a new airplane to crash without explanation, had been prophetic. Shortly after “No Highway” had come out, the British Comet jet airliners had begun to crash and, when finally identified, the cause was metal fatigue.

Shute had written another prophetic novel in the late 1930s, called “Ordeal

,” which predicted the effects of the Blitz on London. Both of these books, with their predictions borne out by history, caused me to be very shaken by “On the Beach.” A rather successful movie was later made from this novel, which Shute hated because it had suggested that the two principle characters, played by Gregory Peck and Ava Gardner, had slept together while he believed it important to establish their morality, even when doomed.

I very nearly dropped out of school after that book and spent a year or two getting over the idea that I would soon be fried in a nuclear war. My reaction was based as much on my regard for his novels as for the topic, itself. A quite good movie was made from “No Highway” with James Stewart, Glynnis Johns, and Marlena Dietrich.