Instapundit frequently links to another story of government incompetence with the comment “We have the worst ruling class in our history.”

There are so many examples, it is hard to list them but I will try with a few.

First, let’s have a definition.

The principal–agent problem, in political science and economics, (also known as agency dilemma or the agency problem) occurs when one person or entity (the “agent”) is able to make decisions on behalf of, or that impact, another person or entity: the “principal”.[1] This dilemma exists in circumstances where agents are motivated to act in their own best interests, which are contrary to those of their principals, and is an example of moral hazard.

The Founders were well aware of this problem and tried to protect the citizens with certain provisions of the Constitution.

No Money shall be drawn from the Treasury, but in Consequence of Appropriations made by Law; and a regular Statement and Account of the Receipts and Expenditures of all public Money shall be published from time to time.

This provision was violated by Barack Obama who spent billions to subsidize insurance companies to support his “Affordable Care Act” which was not successful.

Of course, the Amendments were intended to protect the rights of the people but the one that has been ignored for 100 years is the Tenth.

The powers not delegated to the United States by the Constitution, nor prohibited by it to the States, are reserved to the States respectively, or to the people.

I suppose that the most horrifying aspect of the Trump rally in San Jose last week was not that there were obnoxious and semi-coherent protesters outside the event, or even that they became violently abusive to those attending the Trump rally. It was that the San Jose PD, and the civil administration appear to have at best sat back and watched ordinary citizens be chased down and physically abused – and at the very worst, facilitated, enabled and afterwards blandly excused such attacks. The civil government of the city of San Jose apparently decided that it was okeydokey for the agents of law and order in San Jose to sit back and allow law-abiding citizens exercising their rights in attending a political rally to have the c**p beaten out of them … because they didn’t approve of the particular candidate.

National Review has now gone off the deep end on Donald Trump.

This strikes me as fear and panic but about what ?

But he is not deserving of conservative support in the caucuses and primaries. Trump is a philosophically unmoored political opportunist who would trash the broad conservative ideological consensus within the GOP in favor of a free-floating populism with strong-man overtones.

Cue pearl clutching. What exactly has “the broad conservative ideological consensus” achieved the past 20 years ? Personally, I think Reagan began the problem by choosing Bush for his VP. Bush was antithesis to Reagan’s message and had ridiculed his economic plans.

Sam Houston State University historian, writing on the Forbes web site, has a very odd blog post this morning. He criticizes MIT economist Simon Johnson for attributing the term “voodoo economics” to George H.W. Bush. Domitrovic calls it a “myth” that the elder Bush ever uttered those words. “You’d think there’d be a scrap of evidence dating from 1980 in support of this claim. In fact there is none,” he says.

Perhaps down in Texas they don’t have access to the Los Angeles Times. If one goes to the April 14, 1980 issue and turns to page 20, one will find an articled by Times staff reporter Robert Shogan, entitled, “Bush Ends His Waiting Game, Attacks Reagan.” Following is the 4th paragraph from that news report:

“He [Bush] signaled the shift [in strategy] in a speech here [in Pittsburgh] last week when he charged that Reagan had made ‘a list of phony promises’ on defense, energy and economic policy. And he labeled Reagan’s tax cut proposal ‘voodoo economic policy’ and ‘economic madness.'”

It’s amusing to see people try to deny facts. Some argue that Bush did not oppose “Supply side” theory. Still, that is what “Voodoo Economic Policy” referred to. What else ?

Bush promised “no new taxes” in 1988 but then raised taxes in 1990 creating or deepening a recession that cost him re-electiion and gave us Bill Clinton.

As usual. Richard Fernandez has a unique view of current events. He compares the present federal government to Boss Tweed’s Tamany Hall.

But in actuality the impetus for moderating political excess often comes from the elites themselves when mismanagement finally becomes so bad it threatens the survival of everyone.

Until things reach the point of failure mismanagement has the effect of leaving voters no alternative but content themselves with the opposition party. Republican voters may have been disappointed and outraged at the perceived sellout by a Paul Ryan-led Congress to the Obama administration. “It was another Republican “compromise” meaning Democrats got every item they asked for,” said the Drudge Report.

Paul Ryan has engineered a “compromise” with Democrats that gives them everything they wanted.

Today, he defended it on Meet The Press.

And in divided government you don’t get everything you want. So we fought for as much as we could get. We advanced our priorities and principles. Not every single one of them, but many of them. And then we’re going to pick up next year and pick up where we left off and keep going for more. 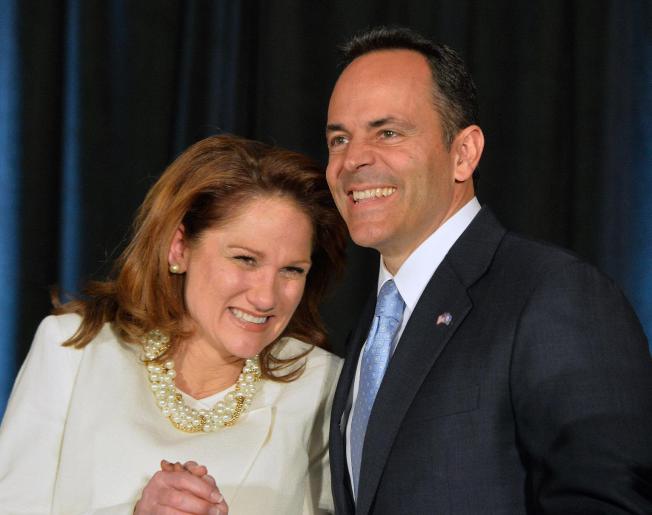 The sobering reality of the 2015 election is slowly sinking in. How could this happen to a party “on the right side of history ?”

Richard Fernandez, as usual, has some good ideas.

Perhaps the greatest damage that “progressives” inflicted on civilization was to make people doubt the reality of the facts, when it is of the ends that we are uncertain. It may be that progress actually consists not of following the verities of the Party Line but in doing the best we can at every instant of our lives. Free men are content to endure the mystery of what happens when they do their best. Only the progressives must have a worthless guarantee of success for incompetence.

The Progressives cheered a book about “false consciousness” by one Thomas Frank, called What’s the Matter with Kansas?

The New York Times bestseller, praised as “hilariously funny . . . the only way to understand why so many Americans have decided to vote against their own economic and political interests” (Molly Ivins)

Hailed as “dazzlingly insightful and wonderfully sardonic” (Chicago Tribune), “very funny and very painful” (San Francisco Chronicle), and “in a different league from most political books” (The New York Observer), What’s the Matter with Kansas? unravels the great political mystery of our day: Why do so many Americans vote against their economic and social interests? With his acclaimed wit and acuity, Thomas Frank answers the riddle by examining his home state, Kansas-a place once famous for its radicalism that now ranks among the nation’s most eager participants in the culture wars. Charting what he calls the “thirty-year backlash”-the popular revolt against a supposedly liberal establishment-Frank reveals how conservatism, once a marker of class privilege, became the creed of millions of ordinary Americans.

The Wall Street Journal even gave him a column for a while but nobody read it. The reaction to the election in Houston at HuffPo is illustrative.

A long list of local and national figures publicly came out in support of Prop. 1, including President Barack Obama and Democratic presidential candidate Hillary Clinton. The measure also had the backing of companies like Apple and GE, as well as local businesses that wanted to avoid a backlash similar to what Indiana experienced when Gov. Mike Pence (R) signed an anti-gay “religious freedom” law earlier this year.

But these heavy hitters weren’t able to get past the catchy, fear-mongering slogans and images used by their opponents.