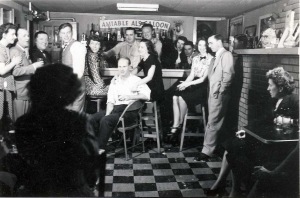 I am reading, by listening to the audio, a book called The Revolt of the Elites, which was written in 1996 but I just discovered it.

The theme, which is quite timely, is that there are two worlds in this country; that of the elites and that of everyone else. From a review on Amazon:

Lasch was most active in the late twentieth century yet it would seem he was seeing into the future with this book and his equally (or more) famous book, The Culture of Narcissism. In Revolt of the Elites he posits that the degeneration of Western Democracy has been caused by the abandonment by the wealthy and educated elites of their responsibilities to support culture, education, the building of public facilities, etc. in these societies. The rich and educated in Western Liberal, Capitalist, Democracies have, since the 1970s, increasingly abandoned society, keeping all of their earnings to themselves and have adopted a listless transient existence forgoing any significant commitments to community.

He makes the point that we are no longer one nation with even the well off participating in the community. We lead separate lives.

One example of this he calls the “Third Place,” a place where the community gets together. One place is work and another is home. The Third Place used to be a gathering place where all classes could mingle and get to know each other. In my own life it was the neighborhood tavern. My father was in the Juke Box business when I was a child and he spent quite a bit of time in taverns as that was where his business was. Two taverns that I remember quite well were owned by good friends of my father’s. One served as an answering service for service calls from other taverns. Both were neighborhood places which had many customers from nearly all classes. The very rich tended not to be there but I remember quite successful businessmen and their wives who attended parties and barbecues. The tavern would have softball teams for younger customers. One of them had a private ball field across the street that was owned by the tavern owner.

The other tavern was not far away and among its regular customers were a wealthy heiress and her husband who had been a professional golfer. Every Sunday after Mass, there was a group that would always congregate there for an hour or two before going home. Most of the regulars did not visit each other at home, but did their socializing at the tavern.

When I was a medical student, we visited New York City in August 1965 and the friends whose apartment where we stayed, were regular customers of the local tavern. One our one visit to the tavern, the friend pointed out all the men there without women. The wives and children were all at the “shore” for the hot month of August.

The VFW and the Elks Club and Fraternal Order of Moose served the same purpose for many. My father was an Elk. There is a scene in the Clint Eastwood movie, “Gran Torino” that shows him socializing with the friends at the VFW. (Has it been the years since that movie ?)

Those third places are pretty much gone. The country club and even the yacht club, where I spent a lot of time socializing, are not the same. There is an economic issue although yacht clubs are full of crew members who are not members of the club but are welcome.

The divisiveness and tribalism we see in the elections and in the national politics are probably consequences of the lack such mixing bowls of democracy.

51 thoughts on “The Third Place”