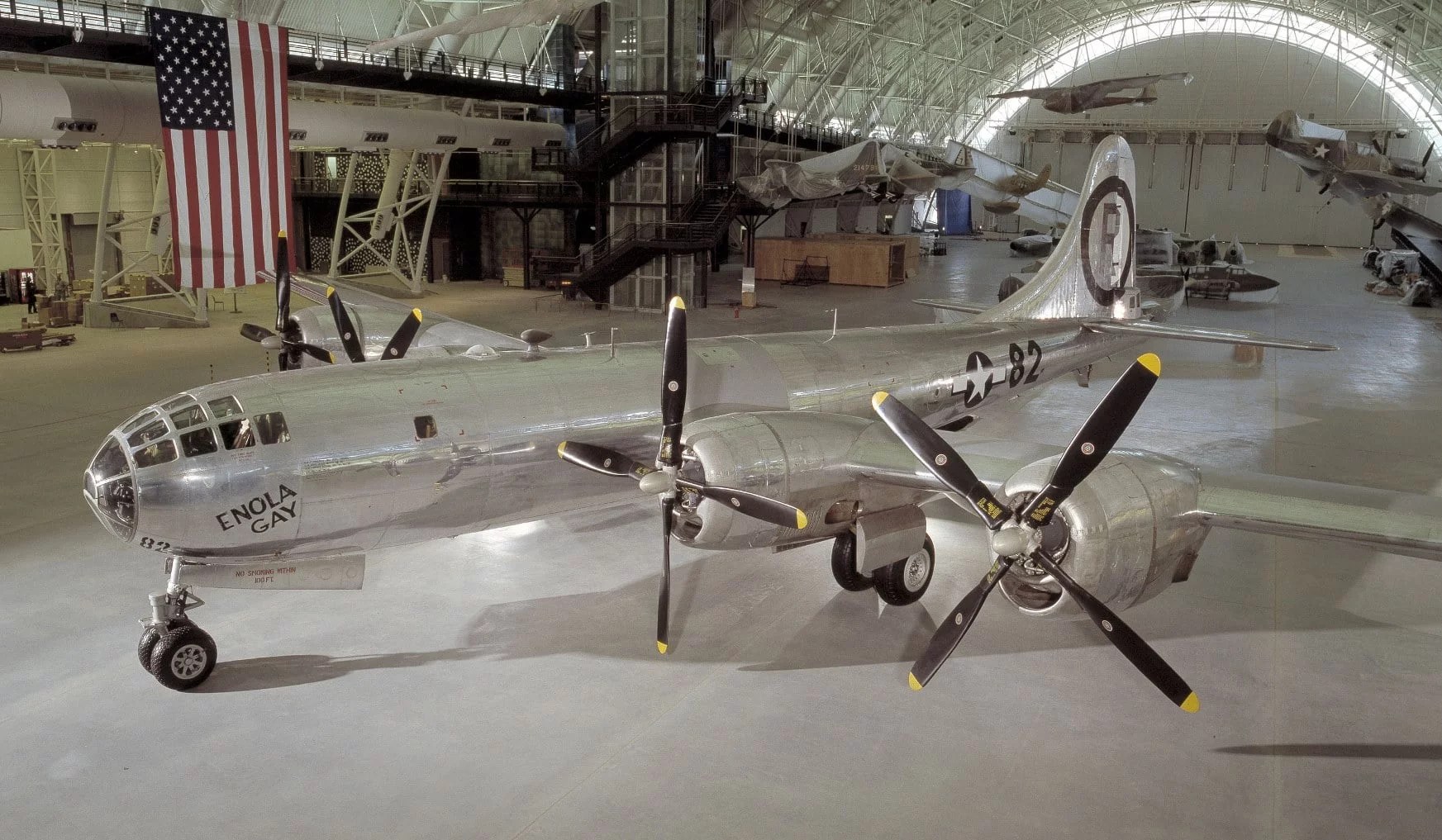 [Readers are directed to the end of this post for an explanation of my timing and motivation.

At around nine in the morning local time on the thirtieth anniversary of the “June Fourth Incident,” I began a reconnoiter of Tiananmen Square in central Beijing to observe security measures and, if possible, witness any attempt at commemorating the massacre. I accompanied Dr. Andrew R. Cline, professor of media, journalism, and film at Missouri State University in Springfield. We were part of group of eleven people—four students, two faculty, and five others including me—comprising a “Study Away” program from MSU which had spent the previous twelve days in China, flying into Beijing and taking high-speed trains to Xi’an and Xining, then on via the Qinghai–Tibet railway to Lhasa before flying back to Beijing. Of all days, Tuesday 4 June 2019 was designated a free day for the group: no itinerary—and no guide. The remaining nine group members, as it turned out, had other ideas about what to do that day.

Andy’s motivation was broadly journalistic, garnished with a specific interest in whether any actual Marxists would show up. I went along out of a feeling that I had something of a reputation to uphold, and quickly decided during our approach that I would evaluate the security measures and write up a more quantitative report, although I will also pass along some thoughts about the organizational behaviors involved.

There is now considerable momentum behind wind and solar power generation.  In addition to the governments pushing these technologies, there are many companies intending to profit by manufacturing and implementing these systems–also companies intending to get “sustainability” points for using them–and a nontrivial part of the financing industry licking their chops at the prospect of raising the necessary capital.

While wind and solar systems do not directly consume fuels, they do consume capital, that capital representing the labor and materials (and also the energy, in various forms) necessary to manufacture and install them.  Some of these materials are relatively scarce at present, and are sourced from problematic locations under questionable conditions.

Here is an interesting and quite detailed study on “green” materials and sourcing options, from the International Energy Agency.  Worth careful reading for anyone interested in energy issues, technologies, and politics.  Note that in addition to China’s development of its internal resources of the relevant materials, that country is developing strong trade and financing relationships…which may evolve to neo-colonial or even full-colonial relationships…with other countries possessing such resources.

And here are a pair of articles arguing that the only way for the US to acquire the requisite materials for a “green” energy transition will require close collaboration with China…that if the two greatest greenhouse-gas emitters on this planet can’t work together, we’re all going to be living in a more or less literal hell. The authors of these pieces don’t seem to be very concerned about the risks of US dependence on China for our energy supply; they seem more concerned about the risks of a cold war (anti-China) mentality.  (It is also interesting that the word ‘nuclear’ doesn’t appear in either article.)

Comes now a Reuters article, which asserts that: The Biden administration is considering a plan to import the bulk of the materials needed to build electric vehicles and the batteries that power them instead of mining them domestically — a nod to environmental groups that make up a key part of the Democratic constituency, according to a report.  The article goes on to quote an administration source as saying, referring to mining, that “it’s not that hard to dig a hole”…a comment which interestingly echoes Michael Bloomberg’s assertions about farming–“I could teach anybody, even people in this room, no offense intended, to be a farmer…You dig a hole, you put a seed in, you put dirt on top, add water, up comes the corn.”  (Bloomberg also made similarly dismissive remarks about manufacturing jobs)

On the other hand, a post at the Seeking Alpha investment blog asserts that Contrary to Rumors, the Biden Administration is Not Abandoning Lithium–that on the contrary, they want to expand both domestic and international supply of this material.  (The author of this piece also notes critically that the Reuters article did not reference a single named source.)

But even if the Biden administration does throw some money at domestic mining and processing, environmental objections and litigation are likely to slow things down considerably…a Trump-style president might be willing and able to blow past such constraints, but Biden/Harris, given their dependence on their party’s extreme Left, will likely find it easier to placate environmentalists by combining a US emphasis on vehicle electrification and “green” energy with a de facto sourcing policy of acquiring most of the relevant materials from outside the United States–including China–which allowing most US mining and bulk processing initiatives to bog down in red tape.

Here’s a follow-up article from Reuters.

As the IEA article notes, “green” energy represents a shift from a fuel-intensive to a materials-intensive energy system.  Few of the prominent/influential advocates of such a shift seem to have given much thought to where those required materials might actually come from.

Wind and solar are more capital-intensive than are fossil-fuel power sources, and mining requires considerable capital as well.  It seems likely to me that the worldwide push for “green” energy and electric vehicles will drive enough capital demands–whether via government or private financing–to have a material upward impact on interest rates.

Welcome to the sixth and final Chicagoboyz post (Feb 24, 2021) in the “Section 22 Week” count down to the 24 Feb 2021 premiere of the Bilge Pumps podcast with the Section 22 Special Interest Group e-mail list. Today’s post will include slides 72 through 82 of 82 of the Section 22 Powerpoint information packet.
.
These “back up slides” slides cover Section 22’s interactions with the US Navy over IFF and the utter disaster of the capture of the submarine USS Darter’s technical library by the Imperial Japanese Navy in October 1944.
.
You won’t find that disaster in any US Navy institutional history, classified or unclassified, on what the US Navy lost that day.  That is not how institutional histories work.  Institutional histories are all about glorifying the institution and its leaders while naming scapegoats and throwing shade at other institutions, with the classified histories detailing the “shade.”  That is why you have to go to the declassified US Army ULTRA history “SRH-254 THE JAPANESE INTELLIGENCE SYSTEM MIS/WDGS 4 September 1945”, to find any details on the  Japanese haul of intelligence from the grounded US Navy submarine USS Darter.
.

“One of the most important discoveries of captured documents was made
by the Japanese Navy from the U.S. submarine Darter, which ran aground
west of Palawan on 23 October. The Japanese recovered many documents
dealing with radar, radio, and communications procedure, as well as
instruction books, engine blueprints, and various ordnance items.

It is difficult to evaluate the intelligence which the Japanese have
obtained from documents, but in those cases here it has been possible
the information has been found to be relatively accurate.“ 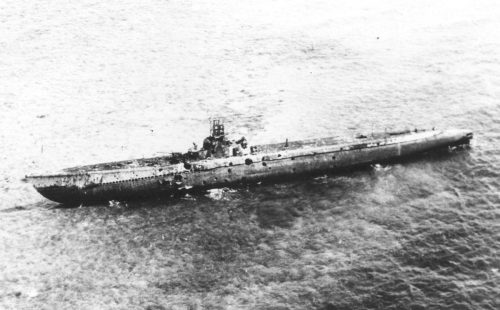 Figure 1: USS Darter (SS-227) grounded on Bombay Shoal off Palawan, the Philippines on 4th patrol, 24 October 1944. The shell holes from a Japanese destroyer, several US Navy submarines, and a Japanese air attack. This included 55 point-blank hits from the 6-inch deck gun of the Nautilus (SS-168) on 31st October 1944.  Unfortunately, Darter was boarded prior to that shelling by an away team from a Japanese destroyer and the entire unburned contents off her classified  technical library were seized for analysis by Imperial Japanese Naval Intelligence. Visible on the top of the conning tower are the undamaged radar, radio and identification friend or foe antenna’s. Photo credit — Navsource.org

The Grounding of USS Darter — A Case Study of an Operational Security Disaster
October 29th, 2017
https://chicagoboyz.net/archives/56192.html

Bilgepumps Episode 38: Section 22 – The Forgotten Electronic Warfare Superstars of WWII and the Historians who are changing that
FEBRUARY 24TH, 2021

General Headquarters, South West Pacific Area, Section 22 was a secret radar intelligence organization established under General Douglas MacArthur in World War II.  This posts is the first in a series of six that will include the entire 82 slide information packet that I sent to the CIMSEC Bilge Pumps pod cast which was recorded this morning (Feb 19, 20201) and will “air” Feb 24, 2021

Since March 2015 I have been administering an international e-mail list being named “The Section 22 Special Interest Group” with my role being both administrator and cloud drive guru.  This link was my announcement on Twitter of the list completing it’s 5-year mission in mapping the multi-continent archival history of General Headquarters, Southwest Pacific Area, Section 22:
https://threadreaderapp.com/thread/1310390667781210117.html
And especially this PhD Thesis by Craig Bellamy:

This is my “2-minute elevator speech” thumb nail of Section 22’s historical role in WW2 in the Pacific theater versus Japan that I sent to the Bilge Pumps pod cast crew.

THE BIRTH, LIFE & DEATH OF MACARTHUR’S SECTION 22 RADAR HUNTERS
In the aftermath of the “Channel Dash” or Unternehmen Zerberus (Operation Cerberus) in February 1942, the Royal Australian Navy decided after a series of meetings that it needed a radio/radar countermeasures (the modern term of art is “electronic warfare”) section to prevent the Japanese from doing to them what the Germans did to the UK Royal Navy when it snuck the fast battleships Scharnhorst and Gneisenau and the heavy cruiser Prinz Eugen through the English Channel with the assistance of radio and radar jamming.
(See: https://en.wikipedia.org/wiki/Channel_Dash)

This RCM section was based in Sydney and administered from the RAN Office in Melbourne. It’s commander was Lt. Cdr. Joel Mace, RANVR(sp)  (RANVR decodes as – “Royal Australian Navy Voluntary Reserve” special)
There was then a decision made — either supported or stage managed by Mace, according to one of the scholars on the E-mail list I administer — to move the organization to Brisbane under the control of the USN’s 7th Fleet in or before May 1943.

Then in June 1943 this “Radio and Radar Countermeasures Division” was taken over by MacArthur’s South West Pacific Area General Headquarters (SWPA GHQ) under the direct command of General Spencer Akins, MacArthur’s Chief Signals officer and one of the “Bataan Gang.”   A group of trusted American officers who were at Bataan with MacArthur.

This informal decision was ratified in GHQ Operations Instructions No. 36 issued by MacArthur on 5 July 1943 and in November the group was christened “Section 22” based on it’s officer number in a Brisbane office building.

Section 22 supported General MacArthur’s drive to the Philippines and had a role in mapping Japanese radar networks throughout New Guinea, the Dutch East Indies, the Philippines, South China, Formosa and the Ryukyus (including Okinawa) and the Japanese home islands (See May 1943 Rabaul map below).