David Foster’s discussion of the numerous analogies – some helpful, some not – that have been spun from the Titanic disaster reminded me of an essay’s  rather lovely job of spinning out for two pages a simple analogy.  The verbal play within it does bring home a point.   By Pico Iyer, it was one of those two-page essays in Time, when people read it.  (Clint’s uncle still subscribes to it – I didn’t know anyone did – but bed ridden and in his eighties, he uses it mainly to rail against modernity – or what passes for it in Time.)  Anyway, here’s “In Praise of the Humble Comma” – a short read but I’ll tempt you with the opening:

The gods, they say, give breath, and they take it away. But the same could be said — could it not? — of the humble comma. Add it to the present clause, and, of a sudden, the mind is, quite literally, given pause to think; take it out if you wish or forget it and the mind is deprived of a resting place. Yet still the comma gets no respect. It seems just a slip of a thing, a pedant’s tick, a blip on the edge of our consciousness, a kind of printer’s smudge almost. Small, we claim, is beautiful (especially in the age of the microchip). Yet what is so often used, and so rarely recalled, as the comma — unless it be breath itself?

Another horrific gaffe in retail marketing –  one which falls into the category of “grotesquely bad retail marketing decisions which will become a cautionary lesson in future marketing textbooks.” This spectacular gaffe involves a retailer of fashion-trendy and very colorful women’s athletic clothing, Fabletics – a company which started online in 2013 offering a subscription plan – somewhat controversial since the subscription charges were not always transparent, and branched out into brick and mortar locations. One of the founders is Kate Hudson, daughter of Goldie Hawn, so there probably has been some advantages to a celebrity connection; easy to get that one-on-one with Oprah Winfrey, I presume. The company appears to this point to have been pretty savvy in a competitive field, marketing-wise, so all props to them. I’m not a customer of theirs in any case; the gym and the jogging track are not places where I go to show off my fashion sense. I’m old-school in that I prefer to work out in grey sweatpants and a baggy tee shirt.

Malls were the latest, trendiest, most oh-there thing in retail development about the time that I was in high school and college. There were a couple of them that I went to, early on, and they were … OK. A nice diversion if one was in the mood or purse for retail therapy. Most of them were enclosed, two or three levels, almost always expensively decorated, adorned with plantings, sometimes with dabs of architectural creativity here and there. All of that made sense in places where the weather was bitterly cold for at least half the year or boiling-hot for three-quarters of it – still does, in the upper mid-west and mountain west, especially in snowy winters. It was, however, a serious and time-burning excursion to go to the mall; finding a place to park nearest an entrance, walking … and walking, and walking, and carrying whatever you had purchased. If there was a nice and varied selection of shops, not wall to wall big chain outlets, exactly the same as every other mall – so much the better.

As a promised follow-up to the original posting, I’ll be conspicuously attired in something resembling this (but without the hood). Well, and pants, shoes, etc. Also, there is a slight chance that I will actually talk my way into the tour of what I am calling Pierce the Younger, but it is to end at 4 PM tomorrow. 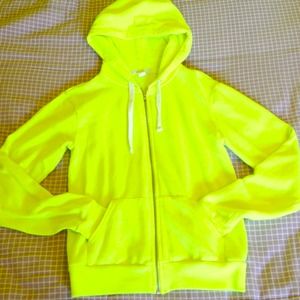 NB: Sunday afternoon is likely to be wet. I am investigating the availability of some kind of water-repellent device, ideally collapsible for easy transport and storage.

I posted this on Facebook but I may as well post it here to ca$h in on the ChicagoBoyz mind hive.

The few stores I have been to in Madison don’t seem to have nice shirts that are fashionable so I am looking for an online store that has good variety, and good quality. I like shirts with cuffs. These are to be worn with nice slacks and/or jeans for a cool night out (not with a suit and/or tie). Need a decent return policy as well in case they don’t fit. Thoughts?